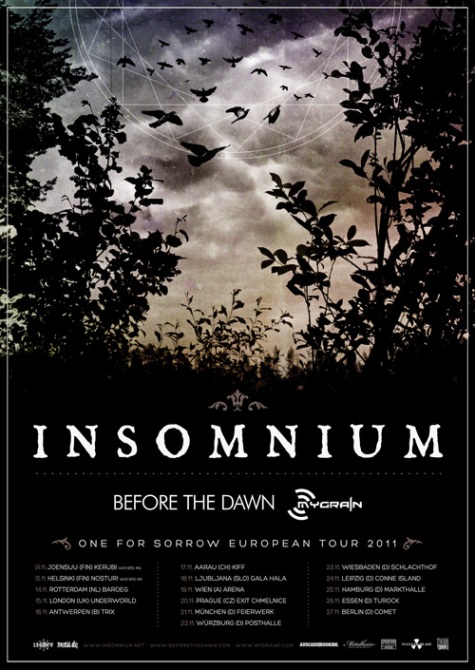 Metal-Trails.com conducted an interview with vocalist Niilo Sevänen of Finnish melodic death metallers INSOMNIUM before the band's November 25, 2011 performance at Markthalle in Hamburg, Germany. You can now watch the chat below.

INSOMNIUM's latest album, "One For Sorrow", entered the official chart in the band's home country at position No. 6. The group's previous CD, "Across The Dark", premiered at No. 5 on the same chart.

"One For Sorrow", which was released on October 18 in North America via Century Media Records, was recorded in Gothenburg, Sweden with sound engineer Daniel Antonsson (also bassist in DARK TRANQUILLITY and guitarist in DIMENSION ZERO) and at Fantom studios in Tempere, Finland, where the album was also mixed by Samu Oittisen.