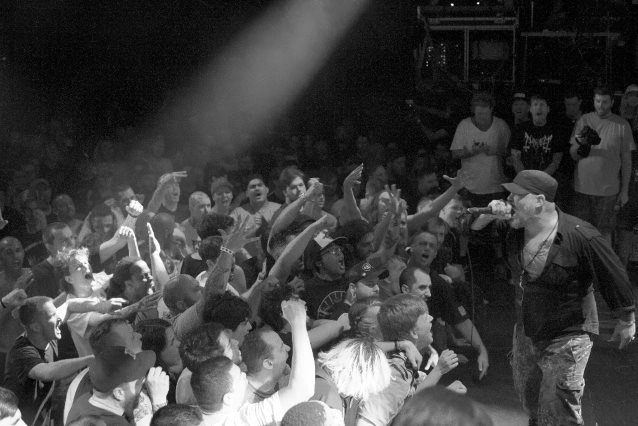 INTEGRITY has completed recording its highly anticipated twelfth studio album, titled "Howling, For The Nightmare Shall Consume", for a summer release via Relapse.

Known for being one of the most incendiary and influential bands in hardcore and modern metal history, INTEGRITY has almost thirty years under its belt creating dark, occult themed heavy music that stylistically and conceptually transcends any "root" genre. "Howling, For The Nightmare Shall Consume" is hands down the band's most elaborate and ambitious effort to date and is sure to leave an indelible mark on the listener. The disc contains eleven tracks recorded and mixed at Developing Nations Studio in Baltimore with mastering handled by Brad Boatright (OBITUARY, TOXIC HOLOCAUST, FULL OF HELL).