The first promotional photo of IRON ALLIES, the new band featuring former ACCEPT members Herman Frank and David Reece, can be seen above.

Earlier this year, IRON ALLIES entered Horus Sound Studio in Hannover, Germany to begin recording its debut album. The LP, which is being co-produced by Arne Neurand, will be released later in the year via AFM Records.

Last October, Reece discussed his collaboration with Frank in an interview with the "Heavy Metal Mayhem" radio show. He said: "The ironic thing about Herman and I, we played festivals many times and not even met each other. And here we are, part of the same band and their history. And we would miss each other by, like, two minutes. We always wanted to see each other, but something came up [and] we never really got to meet. So Herman and I started talking, and we said, 'Yeah, let's put a band together. Who do you wanna get?' Well, my manager suggested Donnie from RIOT on bass, Donnie Van Stavern. And we talked to [drummer] Mike Heller from FEAR FACTORY a few times, and that didn't really work out. And then I said, 'I've got Francesco Jovino, dude, on my [solo] album. This guy is a beast.' So then we got the band together. So right now we're sitting on about 22 songs that are recorded."

He added: "I'm hoping we can release that in the early part of '22, 'cause that's really good." 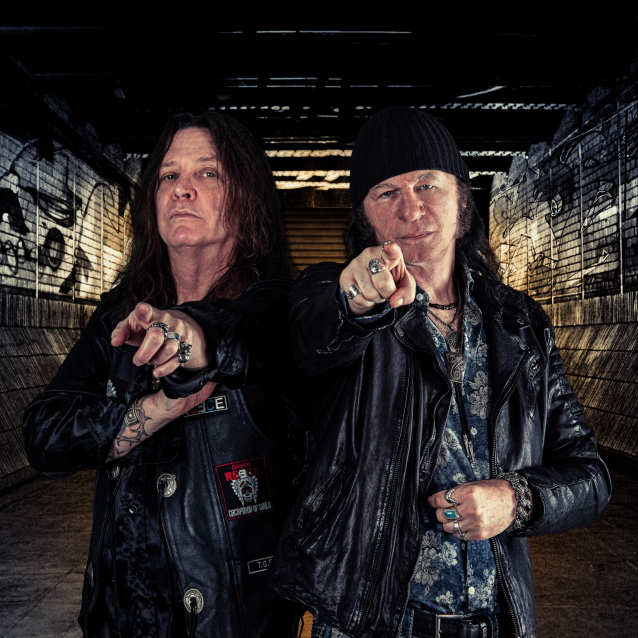