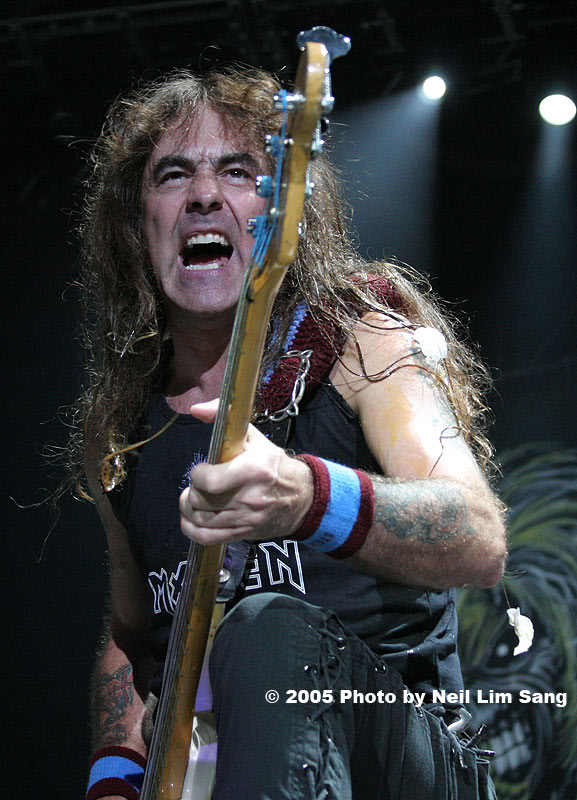 A photo of IRON MAIDEN bassist Steve Harris performing at this past weekend's Ozzfest in Devore, California with egg shell on his shoulder and falling off his elbow has been posted online at this location (photo credit: Neil Lim Sang). Also available is a photo of MAIDEN guitarist Janick Gers performing with his left foot placed on a stage monitor that is covered in egg slime.

As previously reported, IRON MAIDEN were pelted with eggs, interrupted by chants for Ozzy Osbourne, and inexplicably had their power cut several times during its final Ozzfest performance in Devore on Saturday night (August 20). In addition, Osbourne's wife and manager, Sharon Osbourne, came onstage following MAIDEN's set to call MAIDEN singer Bruce Dickinson a "prick," while offering thanks to the rest of MAIDEN and their crew.