Wave one features "The Trooper", a "2 Minutes To Midnight"-inspired "Doomsday Eddie", "Killers Eddie" and a "Somewhere In Time"-inspired "Cyborg Eddie". Each figure is fully painted with decals and comes packaged in a blister on card with original illustrations. Figbiz officially licensed action figures are the perfect addition to any collection, inspired by the ultimate era of Saturday morning cartoons. Ages 15 and up.

The bugle sounds and the charge begins! Inspired by the iconic single "The Trooper", this highly detailed 5" figure features Eddie in his iconic British Cavalry uniform with sword, flag, removable scabbard and backpack, ready for battle or display on the included FigBiz base.

Oil the jaws of the war machine! Inspired by hit single "2 Minutes To Midnight", this highly detailed 5" action figure features Eddie armed and ready for battle on a global scale. With his finger on the nuclear button, it's time to go to war again!

Scream for mercy! Inspired by the "Killers" album artwork, this highly detailed 5" action figure features Eddie as a horrific slasher ready to hack you to pieces. With his hatchet in hand he lunges, prepared for attack!

He'll make you an offer you can't refuse! Inspired by the "Somewhere In Time" album artwork, this highly detailed 5" action figure features a futuristic Cyborg Eddie with dual laser pistols and a rail gun, ready to track down his bounty across the galaxy. Time is always on his side... 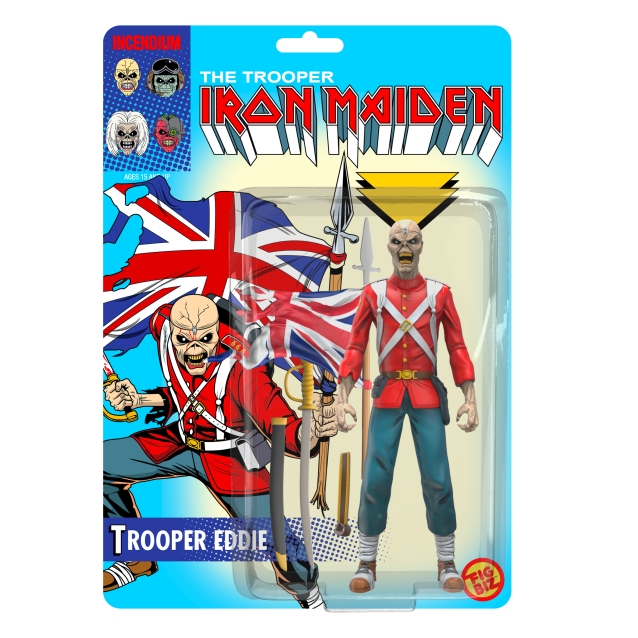 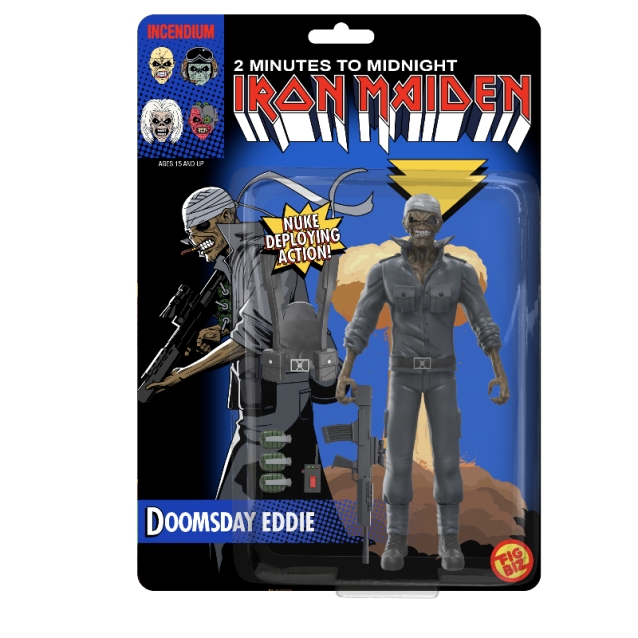 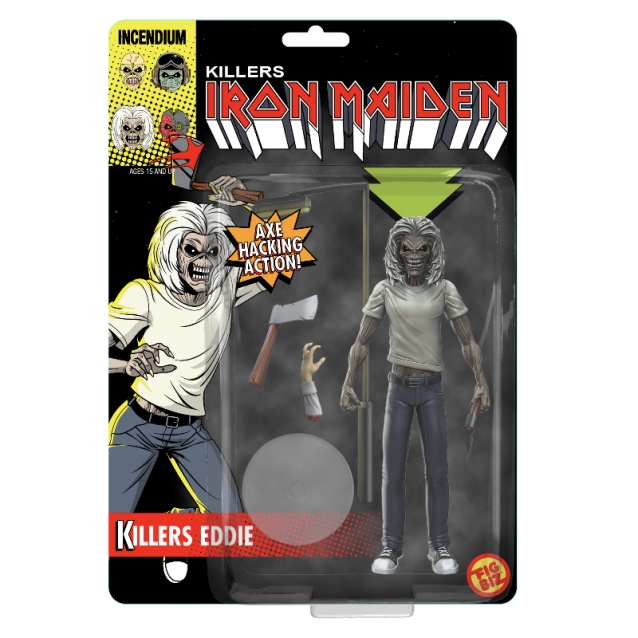 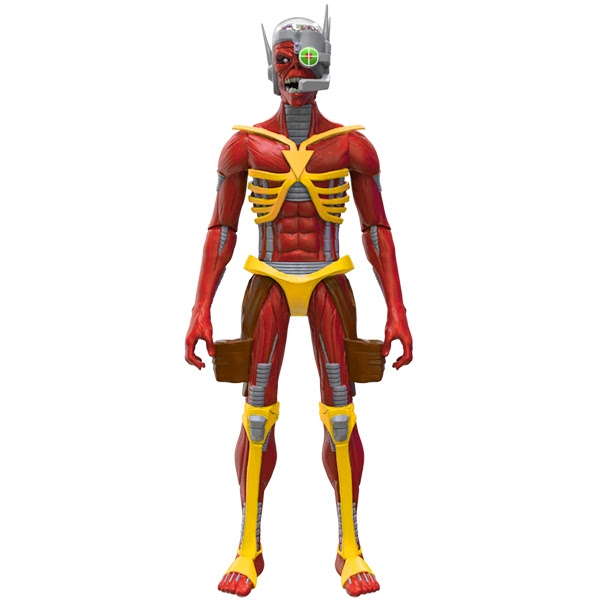