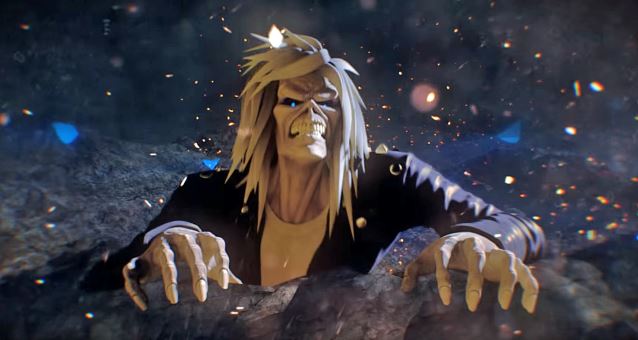 A trailer for "Iron Maiden: Legacy Of The Beast" is available below.

Following a series of hit action sports titles for Red Bull Media House, "Warhammer 40,000: Carnage", a games workshop ARPG, and "Food Battle: The Game" for YouTube sensations SMOSH, Roadhouse Interactive's development and publishing divisions have been working hand in hand with IRON MAIDEN and their Phantom Music Management team, who have granted unparalleled access to the vaults in order to create a truly authentic IRON MAIDEN game.

Developed in close collaboration with IRON MAIDEN's management, players take on the role of the band's iconic mascot, Eddie, in his many forms — each with unique abilities. Players explore new worlds, travel through time, and battle a cast of dramatic and engaging characters drawn from the expansive catalogue of MAIDEN's albums and art. Gameplay is enhanced with a soundtrack using songs spanning the band's entire career, including previously unheard live recordings of IRON MAIDEN classics adapted for the game by engineer Tony Newton under the close scrutiny of bassist and founding member Steve Harris.

"We always thought MAIDEN's music and imagery with Eddie could be perfect for gaming and it's something we have been looking at doing again since 'Ed Hunter' in 1999. Now in 2016 it can all be done on a smartphone which makes it even more accessible for all our fans and also all the gamers out there," comments Harris.

IRON MAIDEN's latest album, "The Book Of Souls", was released in September 2015 to popular and critical acclaim, hitting the No. 1 spot in over 40 countries and reinforcing their position as one of the most relevant and influential bands in music today. They have just embarked on the "The Book Of Souls" world tour, and with fan excitement at fever pitch, it's the perfect time to expand IRON MAIDEN's legend into gaming.

"Iron Maiden: Legacy Of The Beast" will be available later this year on iOS and Android platforms. See IronMaidenLegacy.com for ongoing releases about the game. 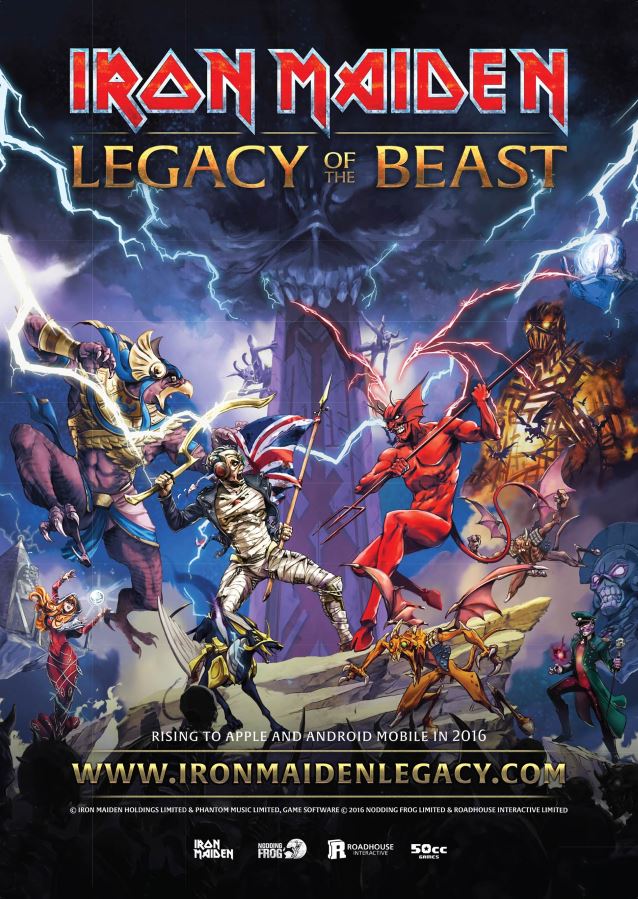