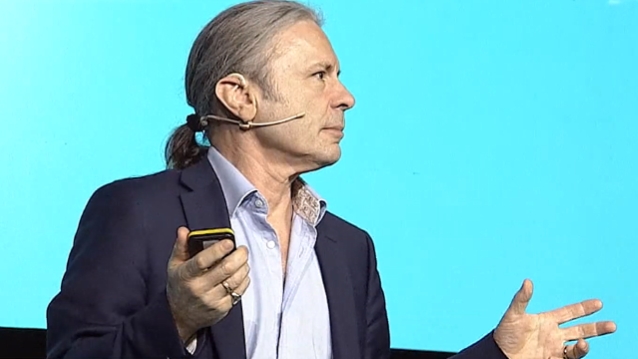 On Saturday, June 22, IRON MAIDEN singer Bruce Dickinson was one of the speakers at this year's Campus Party Brasíia technology festival in Brasíia, the capital of Brazil. The third annual event gathers developers, gamers and computer enthusiasts. Video footage of Bruce's appearance can be seen below.

Dickinson, who turned 60 in August 2018, has several other interests beyond music. He is a licensed commercial pilot and owns an aviation company. He has also done some acting and brewed beer.