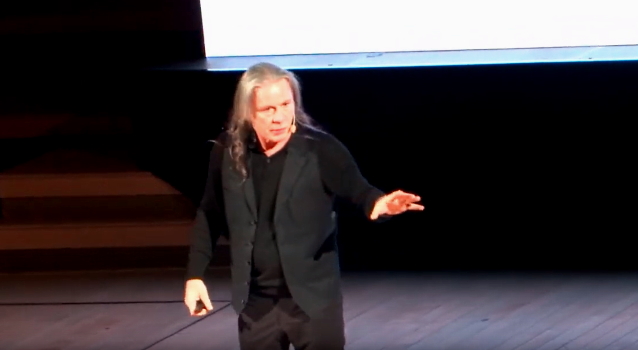 Fan-filmed video footage of Bruce Dickinson's one-man speaking show on February 8 at Sala Radio in Bucharest, Romaniacan be seen below. The performance, dubbed "What Does This Button Do?" after the IRON MAIDEN singer's autobiography of the same name, featured an unscripted question-and-answer session with fans.

Asked by one fan what will happen to IRON MAIDEN after the current members retire, Dickinson responded: "I like that. There's always hope. 'After the current members retire,' there'll be a whole load of IRON members. We won't even have to fucking holograms. You know what I mean? You can actually have real IRON MAIDEN members that kind of look like us but are not us. That's good. I like that. It's not a bad idea. Then we can just sit back and [collect] royalties and do no work. Good idea! It'll never happen, because we're never going to fucking retire."

Last July, IRON MAIDEN bassist Steve Harris also told SiriusXM's "Trunk Nation" that there has been no talk of MAIDEN retiring anytime soon, despite the fact that all the members are in their 60s.

"We all feel that if we feel we're not cutting it anymore, then we'll discuss it and that will probably be the end of it," he explained. "But at the moment, we don't feel like that. We feel that we definitely still are pulling our weight, so to speak. We're just doing well. So far so good. I don't wanna tempt fate, but we are doing good."

The British heavy metal legends haven't released any fresh music since 2015's "The Book Of Souls" LP, which was recorded in late 2014 in Paris, France with longtime producer Kevin "Caveman" Shirley. 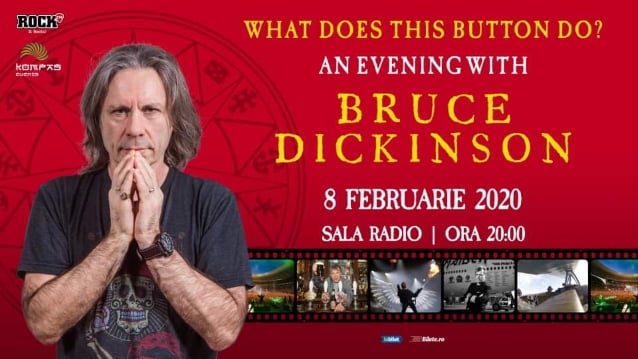