The Christmas card sent out this year by British heavy metal legends IRON MAIDEN to members of their fan club, Iron Maiden Fan Club, features an image (see below) of the band's official mascot, Eddie, running out from a studio and with a sign that says "UROTON 51", perhaps offering a hint that IRON MAIDEN is planning a long-awaited return to the studio to record the follow-up to the 2010 album "The Final Frontier". Some fans have interpreted the message "UROTON 51" to mean "On Tour 15", possibly indicating that there is further touring on the horizon next year for IRON MAIDEN, which only played about 20 shows this year between the end of May and early July.

IRON MAIDEN has yet to make an official announcement about a new studio album, but the band's members have reportedly been spotted in Paris, France in recent months, along with their longtime producer, Kevin Shirley, who is said to be helming the new effort for an early 2015 release.

MAIDEN's 15th studio album, "The Final Frontier", sold 63,000 copies in the United States in its first week of release to enter The Billboard 200 chart at position No. 4. The CD featured 10 tracks that had an average running time of seven minutes and 40 seconds, with the shortest song, "The Alchemist", clocking in at four minutes and 29 seconds, and the longest, "When The Wild Wind Blows", lasting ten minutes and 59 seconds. 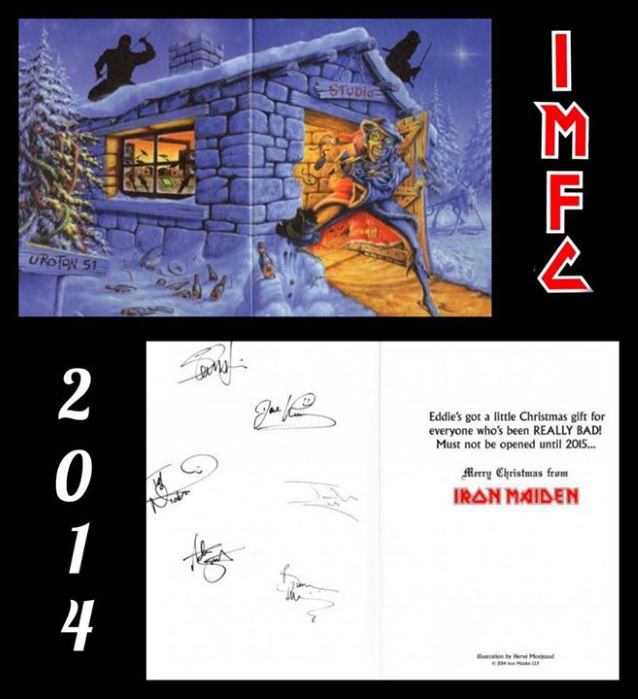