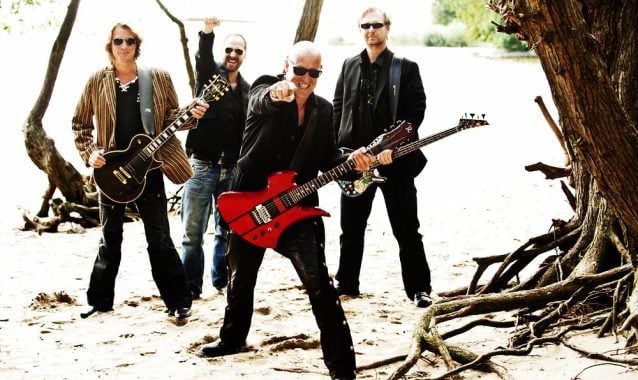 German metallers IRON SAVIOR are putting the finishing touches on the songwriting for the band's new album for a February 28, 2014 release via AFM Records. The drums for the CD will be recorded at the end of October and the completed album will be delivered to the label by November 25. The cover artwork will be created by Felipe Machado Franco (BLIND GUARDIAN, RHAPSODY OF FIRE).

Asked why it took so long to release the follow-up to 2007's "Megatropolis", IRON SAVIOR mainman Piet Sielck told Sarkophag Rocks: "One reason is my former band, SAVAGE CIRCUS, which demanded a lot of my time. Once again, I had to write all of the songs and the whole production basically on my own, which was a very hard job. The second reason is the downfall of my former record label, Dockyard. After rather bad mismanagement, the company went bankrupt in 2009. Being left alone by my former partners, I faced this hell and cleaned up the mess they've left behind for almost two years. I lost a lot of money and for a certain time also my belief in music. Finally I was able to sell the remains and pay off most of the debts. Anyhow, in late 2010, I finally saw some light at the end of the tunnel and my passion for music returned. So I started writing 'The Landing'."