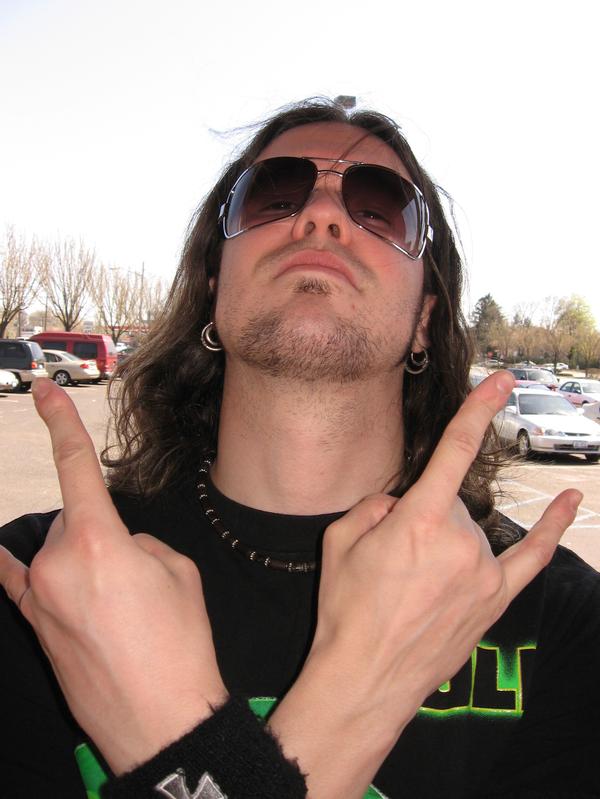 As first reported by BLABBERMOUTH.NET back on December 6, ANTHRAX has now officially confirmed that it has recruited former DEVILSIZE and ME, MY ENEMY singer Dan Nelson (photo) as the replacement for Joey Belladonna. The announcement was made earlier this evening during an online chat with between ANTHRAX guitarist Scott Ian and drummer Charlie Benante and members of ANTHRAX's official fan club. A few excerpts from today's chat — edited by BLABBERMOUTH.NET for clarity — follow below:

Charlie: John Bush [former ANTHRAX singer] will not be coming back. He wants nothing to do with this.

Charlie: John wants nothing to do with this

Charlie: I/we love John, but he does not want to be the singer.

Charlie: There was some real weirdness that went on these last few years, reunions etc.

Scott: We tried to work it out with Joey [Belladonna] for a year.

Charlie: It would've been really amazing if things went well, but they didn't.

Scott: It wasn't meant to be.

Charlie: The relationship with Joey is really good now but we won't be doing a new record with him.

Charlie: There is NO bad blood at all and things may even happen in the future but right now we're moving on with someone else.

Charlie: Scott and I really like this guy that Rob Caggiano [current ANTHRAX lead guitarist] told us about. His name is Dan Nelson and he can sing his ass off.

Charlie: Great instrument. And we would like to give it 100%.

Scott: Caggiano worked with him on a demo and he called Charlie and told him we needed to check him out.

Charlie: The songs are fucking awesome.

Scott: We worked him hard.

Charlie: I would like everyone to hear it and then judge.

Scott: The vibe between us is great.

Charlie: We were considering calling it something new but then we thought, "Why?"

Scott: Some of our friends have heard stuff. Everyone was backing it. He kicked our asses.

Charlie: So we had Dan come out and sing and we loved it, He's awesome. He's versatile and a metalhead.

Scott: We're going to finish the songs. Write a few more and get our asses back out there next year.

Charlie: We would rather you heard it from us and not Blabbermouth.

Question from fan: Do these new songs resemble the style of music from "We've Come for You All", or some earlier albums? Or are they a new sound?

Charlie: They resemble both.

Charlie: It's hard nowadays to try and relive 1986. We were different in 1986. We can reach inside and pull out some of the old school and make ourselves make that music but we don't. The song "Fight 'Em 'Till You Can't" is as organic as it gets; it's not forced and it is like an old-school thrash song.

Charlie: Dan is one of those singers that can change his style and sound. He brings new life into these songs. When he came in and sang "Room for One More" and "What Doesn't Die", it was so exciting. I get chills just thinking about it.

Scott: It felt great to play those songs again!

Charlie: One of the hardest things for us on that reunion tour was not playing those songs.

A DEVILSIZE song titled "Taken" featuring the vocals of Dan Nelson can be heard at this location. Four more DEVILSIZE tracks featuring Nelson — "The Way", "Explode", "Brooding" and "Freedom's Wings" — are available for streaming here (click on the play button to the left of each songtitle to launch audio).