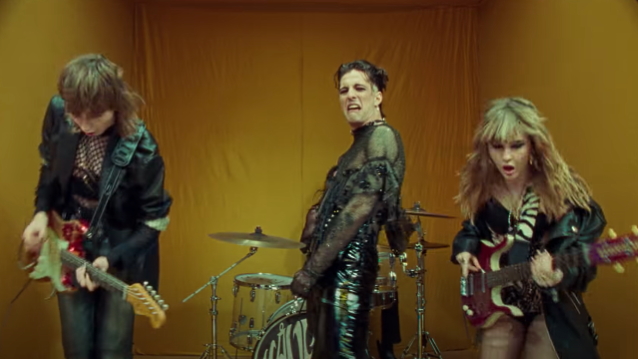 The group, whose name is Danish for moonlight, a tribute to the home country of bassist Victoria, won with a total of 529 points

MÅNESKIN's win was only Italy's third victory in the popular contest and the first since 1990.

39 countries participated in this year's competition which was held in the Netherlands, the home country of 2019's Eurovision winner, Duncan Laurence. The live finale took place in Rotterdam’s Ahoy Arena with 3,500 fans in attendance.

MÅNESKIN was in the in fourth place — behind the Switzerland, France and Malta — after the jury votes were counted. But MÅNESKIN's "Zitti E Buoni" was the favorite of the public, securing 318 points from that section of the voting.

"We just want to say to the whole [of] Europe, to the whole world, that rock and roll never dies," MÅNESKIN lead singer Damiano David said while he and his bandmates collected their trophy.

Also competing in this year's Eurovision was the Finnish metal band BLIND CHANNEL which recently signed a worldwide deal with Century Media Records. BLIND CHANNEL came in sixth with its song "Dark Side", which the group performed amid bursts of pyrotechnics.