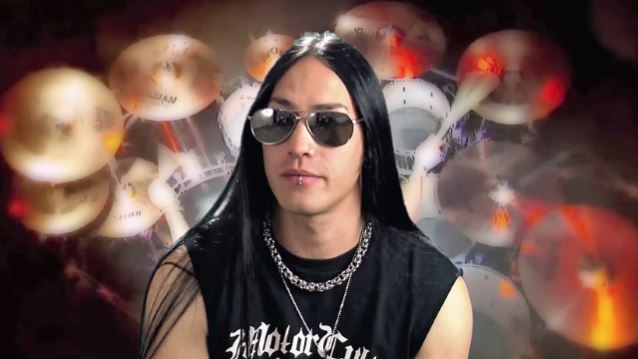 Tim Yeung has officially left MORBID ANGEL, five years after he joined the band as the replacement for the group's longtime drummer, Pedro "Pete" Sandoval.

Said Tim in a statement: "I've been waiting to break the news for a while about this. Now seems like the proper time to do so.

"As some of you know, there have been some lineup changes with MORBID ANGEL. Unfortunately, due to financial differences, I will not be continuing with them.

"It has been a great five years being involved with MORBID ANGEL. I've met a ton of great people all over the world, played some amazing shows, and have a ton of great memories as well as stories.

"I wish Trey [Azagthoth, guitar] and MORBID ANGEL all the best. As for myself, I'm always up for the next opportunity life throws my way."

As BLABBERMOUTH.NETreported earlier today, MORBID ANGEL bassist/vocalist David Vincent has denied that he has left the band after it was announced that MORBID ANGEL guitarist Trey Azagthoth was once again working with Steve Tucker on material for the group's next album.

Drum-cam footage Yeung performing the song "Blood On My Hands" with MORBID ANGEL on November 23, 2014 at MegaClub in Katowice, Poland can be seen below.

Asked how it's been playing with MORBID ANGEL the last four years, Yeung told Monster in a 2014 interview: "It's been great. MORBID ANGEL has been awesome as far as we work great together. I fit really good with those guys. We're all a little crazy, so I fit in perfectly with that. It's great. It's awesome. It's an honor to work with them. It's fantastic. The fans are really starting to come through also. It was a little hard at first, because Pete's such a great player; he's really irreplaceable. So I really just kind of filled that slot. I didn't really replace him — I just added my own… They just added me to the element there, what was there. So it's been awesome; really great."

With the inspiration of a songwriting mother and artistic father, Tim began playing drums in 1990 at the age of eleven. Within a few short years he was recording demos and playing live shows within the local muisc scene in upstate New York. He attended Hochstein School Of Music in Rochester and got his first big break in 1997 when he joined the death metal band HATE ETERNAL.

Now based in Los Angeles, Yeung has performed and worked with such national acts as ALL THAT REMAINS, HANK WILLIAMS III, NILE, VITAL REMAINS and DECREPIT BIRTH. His straddling of the extreme and mainstream is perhaps best reflected in his work with DIVINE HERESY, whose music features elements of extreme death metal as well as more mainstream genres.