MÖTLEY CRÜE, DEF LEPPARD, POISON and JOAN JETT & THE BLACKHEARTS have officially postponed their "The Stadium Tour" to the summer of 2021.

Earlier today, the four bands issued the following joint statement: "We wanted to continue to communicate with our fans and update you with valid information as it becomes available. The official decision has been made to move all 2020 North American Stadium Tour dates into the summer of 2021. The new stadium dates are being rescheduled, your tickets will be honored for all postponed shows and refund policy information will be made available shortly. Stay tuned, be safe and we will see you next year."

"The Stadium Tour" was scheduled to kick off in less than three weeks — on June 18 at TIAA Bank Field in Jacksonville, Florida — and run through September 5 in Los Angeles. The bands reportedly also booked time at VyStar Veterans Memorial Arena in Jacksonville to rehearse for the tour.

More than 6.2 million coronavirus cases have been reported worldwide and more than 372,000 deaths so far, putting public health systems and emergency services under immense pressure. 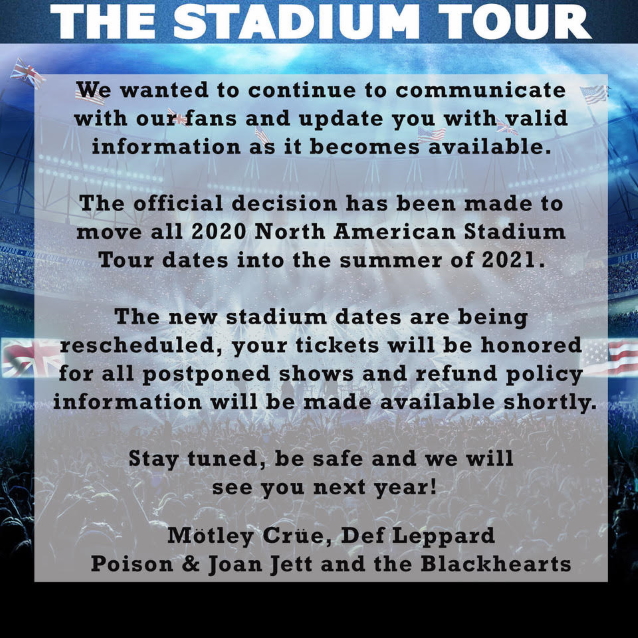