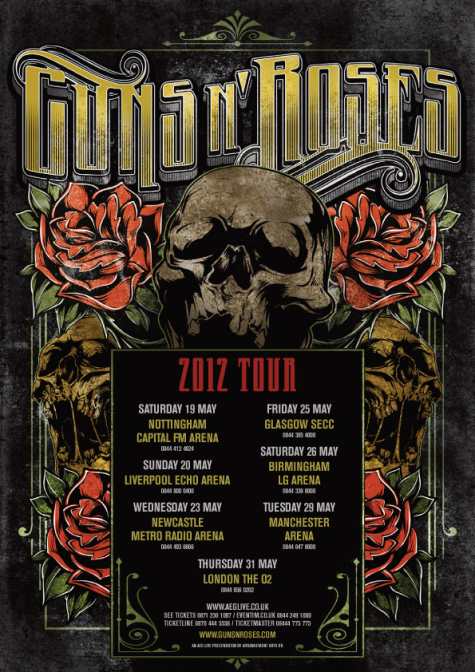 Ex-GUNS N' ROSES guitarist Izzy Stradlin joined his former band on stage this past Thursday night (May 31) at the O2 Arena in London, England to perform the songs "14 Years", "You Could Be Mine", Dead Flowers", "Knockin' On Heaven's Door", "Nightrain" and "Paradise City".

Better-quality fan-filmed video footage of the "14 Years" performance can be seen below.

A number of photos taken at the concert are available at this location.

The last time the "Use Your Illusion II" track "14 Years" was performed live by GUNS N' ROSES was in August 1991, also in London.

Stradlin previously played with GN'R at a few shows in 2006.

Both Izzy and GUNS N' ROSES lead singer Axl Rose skipped the band's recent induction into the Rock And Roll Hall Of Fame.

Sorum played drums for "Mr. Brownstone", while original drummer Adler took over for the other two songs.