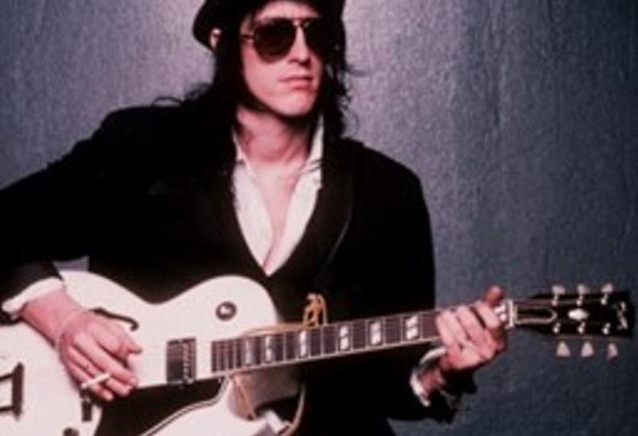 An electric guitar purportedly once owned by former GUNS N' ROSES guitarist Izzy Stradlin and used during the "Appetite For Destruction" recording sessions is being auctioned.

The hollow-body model Gibson ES-175D, finished in Arctic White, will be offered with a starting bid of $50,000.

According to seller Backstage Auctions, Izzy received the guitar from Gibson artist rep Roger Bell in 1987. He subsequently used it for the "Appetite For Destruction" album recordings, as well as in various concerts, most notably the February 2, 1988 GUNS N' ROSES show at The Ritz in New York, which was filmed by MTV and has since become a fan favorite.

After the Ritz show, GUNS N' ROSES flew back to the West Coast for a few dates before ending that run around mid-February 1988. Izzy owed Howie Hubberman — the first manager of GUNS N' ROSES — some money and sold the guitar to Howie, who also owned Guitars R Us in Hollywood. Izzy's girlfriend at the time alerted two of her friends who played in a local Sunset Strip rock band. They bought this guitar, as well as a 1987 black Gibson Howard Roberts Fusion, from Howie's store and for the past 32 years, the guitars have been in their possession. They sold the guitars in 2020 to a veteran music industry executive, who is making this illustrious arctic white Gibson ES-175D guitar available for this auction.

The guitar has been featured in many photos from that era. In an interview with Guitar magazine from May 1993, Izzy stated that "The Gibson ES-175s were a big favorite of mine when we first started. I like Les Pauls but the hollow bodies are great because I can play them in hotel rooms or anywhere without an amp. I just love the look, the feel, and the sound those things get."

The guitar has serial number 80787552 and was made on March 19, 1987 at the Nashville, Tennessee plant of Gibson Guitars. Former GUNS N' ROSES managers Alan Niven and Doug Goldstein, as well as the attorney for Izzy Stradlin, were contacted and verified the provenance of this guitar. Included with the guitar is the original case, a professional summary document by the current owner, as well as a signed and notarized statement from Howie Hubberman.

The guitar shows all the critical details that demonstrate the authenticity of this magnificent instrument. Under the crevasse where the body meets the backside of the neck is an imprint of the yellow nylon rope with a diamond pattern which is evidence of "rope burn" from Izzy's guitar strap. Further, there are glue marks left where the bridge was reattached after it became dislodged when the guitar was restrung. Next, the guitar has an exposed screw hole from where the pick guard was removed and lastly, the fourth knob that is missing in some of the pictures was included in the storage compartment of the guitar case. 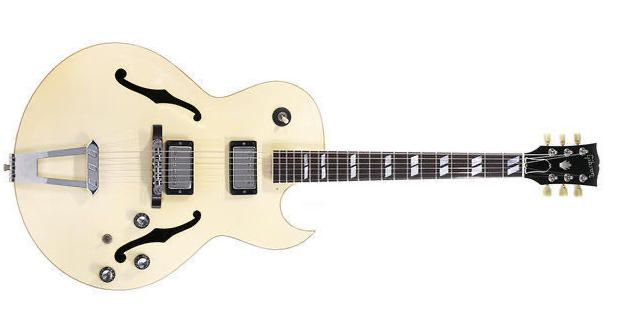