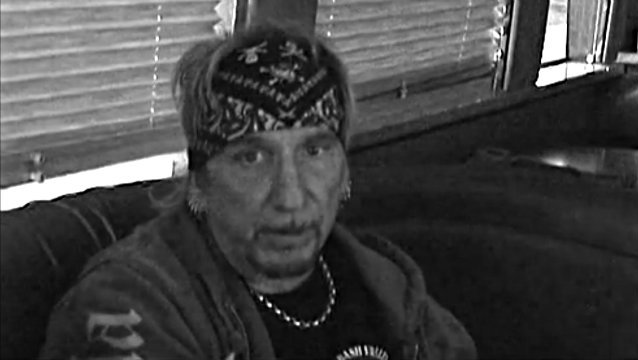 Speaking about his health status, seven years after coming back from near death with a perforated bowel and pulmonary embolism, Jack said: "I'm lucky to be alive. It's funny. I put something on the Internet, I said, 'Yeah, I've been sober for a year and a half now.' And somebody goes, 'You know, he's been sober for a year and a half so many times,' and I'm, like, 'Oh, man.' But this one is for real, 'cause I was in the hospital for five days the last time I drank. I was in a coma. I woke up, and the doctor's , like, 'If you do this again, you're gonna die.' He goes, 'I don't know who the hell you are. I don't care. But I'm just telling you this for your own edification.' And I was, like, 'Jani Lane [late WARRANT singer], who was a good friend of mine, or be alive.' So it was a pretty easy choice. When it was laid out black-and-white like that, I can get it."

He added: "If I could say anything to anybody, man, it's just don't get into drugs. And if you have, get the hell away from it, 'cause it'll ruin your life — it'll take you down so fast — and you may not be as lucky as me."

Last year, Russell spoke to the "Music Mania" podcast about the 2015 near-death episode which finally convinced him to get sober. He said: "I went on a binge and I drank, like, Mai Tais in, like, twenty minutes. And I kept falling off the bar stool. [And they told me], 'Hey, dude, we love you here, but you've gotta go. Or else we'll call the cops.' So Don Dokken, who was with me, took me to my boat and dropped me off. And my wife was just furious. And she put me in bed, and the next morning I wouldn't wake up... I was in a coma from drinking too much. The doctor told me when I woke up, 'If you drink again, your liver's gonna shut down and you're gonna die.' And I went, 'Okay.' So I'm not gonna take the chance. I'm doing good right now. My body's in great shape. I've been working out. I've been running. I've been… stuff I thought I could never do again after all my accidents. I just took care of myself, got some muscle on me, and I'm back on stage doing what I used to do. It's great."

It was revealed in August 2013 that the current GREAT WHITE band — which consists of Kendall, Scott Snyder (bass),Audie Desbrow (drums),Michael Lardie (guitar, keyboards) and Terry Ilous (lead vocals) — would continue to use the name GREAT WHITE and Russell would perform under the name JACK RUSSELL'S GREAT WHITE.