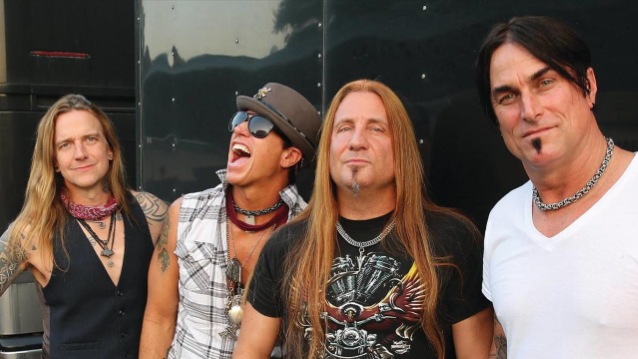 Long-running southern hard rockers JACKYL will release a new concert DVD before the end of the year. The set was recorded during the band's December 21, 2019 performance at The Midland in Kansas City.

JACKYL frontman Jesse James Dupree spoke about the DVD during a May 28 Facebook Live chat. He said (see video below): "JACKYL did record a live DVD. And we recorded it — a live concert — at The Midland Theatre in Kansas City in December. It was sold out. There were nine cameras. [There were] 3,000 people in attendance. The place was just electric. We had DMC from RUN-DMC come out and sit in with us. We did 'Just Like A Negro', we did 'It's Tricky'. It was just a special night. It was the last show of the year.

"I'm very proud of it," he added. "We're just finishing up the edit of it. And hopefully within the next week, we'll be able to set a release date and put that out."