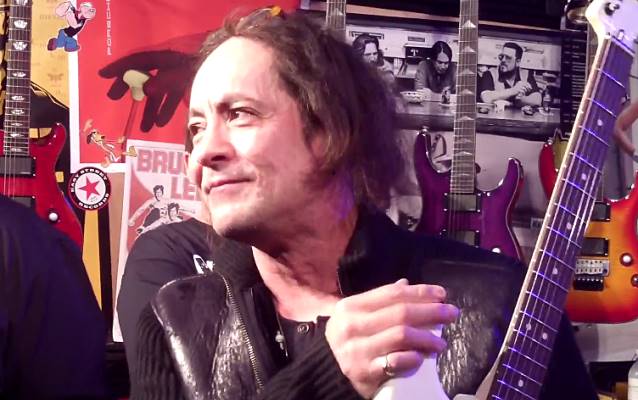 RED DRAGON CARTEL's self-titled debut album was released on January 28 via Frontiers Records. The CD was recorded at Las Vegas' The Hideout Recording Studio — owned and operated by Kevin Churko (OZZY OSBOURNE, FIVE FINGER DEATH PUNCH, IN THIS MOMENT) — and was produced by R. Bernard Mann (a.k.a. Ronnie Mancuso) and Jake E. Lee, and executive-produced, mixed and mastered by Churko.

Jake E. Lee is best known for his work in BADLANDS and as guitarist for OZZY OSBOURNE on "Bark At The Moon" and "The Ultimate Sin" albums.