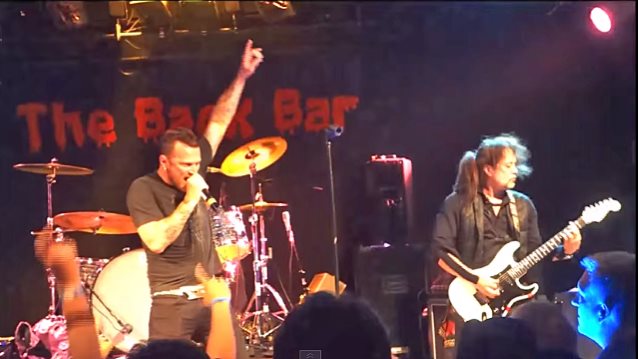 Video footage of the D'Eath performing with RED DRAGON CARTEL on June 5 in Janesville, Wisconsin can be seen below.

RED DRAGON CARTEL's last singer, Chas West (Jason Bonham, LYNCH MOB, 3 LEGGED DOGG),made his live debut with the band in Portland, Oregon on May 1 — only days after Michael Beck played his last show with the band on April 26 in Ottawa, Ontario, Canada.

RED DRAGON CARTEL in March announced the departure of singer Darren James Smith, who handled lead vocals on the band's self-titled debut album. The group also parted ways with bassist Greg Chaisson, who exited RED DRAGON CARTEL because he could "no longer take any more time away from [his] regular job."