METALLICA frontman James Hetfield has slammed Kylie and Kendall Jenner for selling "vintage" T-shirts with the pair's faces superimposed over some of rock and rock's biggest icons, including his band.

The merchandise — which was being sold for $125 apiece and featured the logo "Repurposed in the USA" — did not go over well, and especially not with Voletta Wallace, mother of the late Christopher Wallace, the real name of Notorious B.I.G. She slammed the girls on Instagram, calling the shirts "disrespectful, disgusting, and exploitation at its worst!!!"

The reality TV stars quickly withdrew the shirt from sale, explaining in a statement: "These designs were not well thought out and we deeply apologize to anyone that has been upset and/or offended, especially to the families of the artists."

Asked by ET Canada for his opinion on Kendall and Kylie Jenner's T-shirt featuring METALLICA's "Kill 'Em All" album cover with an Instagram image of Kylie placed on top, Hetfield said (see video below): "I guess what they were thinking is, 'We can do whatever we want.' To me, it's disrespectful. We've spent thirty-six years working hard, doing our best to keep a really close connection with people, make every note count, and someone just throws something up over something that we feel… Not that it's sacred or anything, but show some respect."

When the shirts launched on Kendall + Kylie, Ozzy's wife and manager Sharon made it clear that the Jenners failed to reach out to the BLACK SABBATH singer to secure the legal rights to his image.

"Girls, you haven't earned the right to put your face with musical icons. Stick to what you know…lip gloss," she tweeted.

Osbourne, who is a co-host on the program, started the segment by reading her tweet aloud and then launched into a criticism of the Jenners, calling their T-shirt line a publicity stunt.

"They are doing this for press, like they do everything, and I fell right for it by responding," she said.

"They're getting their line up and running by using all these iconic performers to just state that they now have a line of merchandising," she said. "They know exactly what they're doing. They're not kids. They were brought up in this industry." 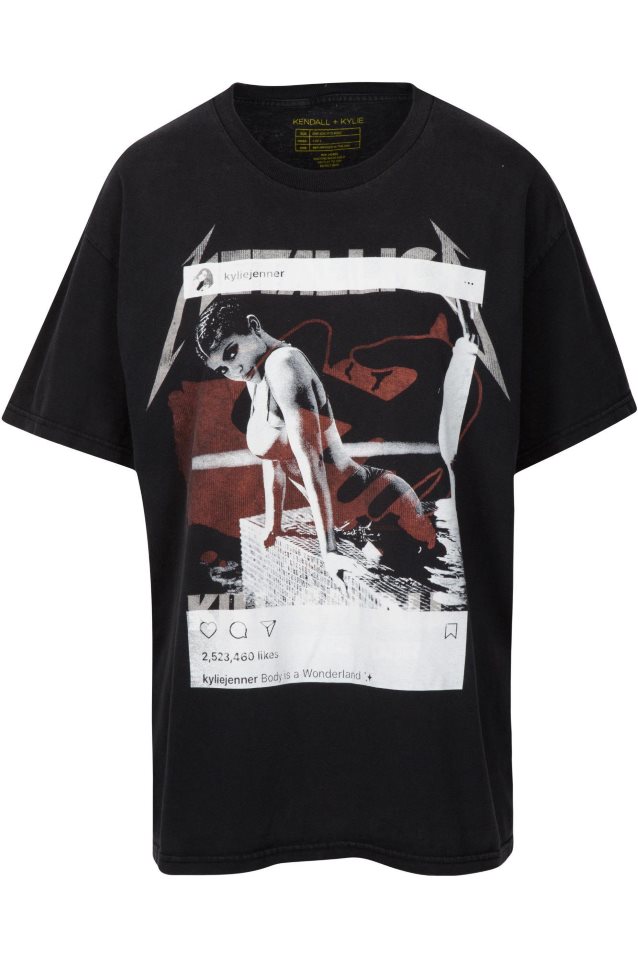