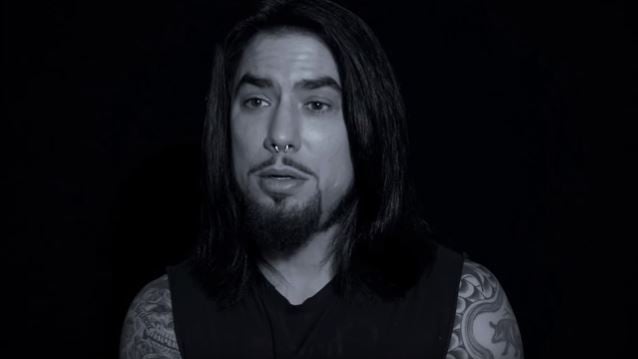 JANE'S ADDICTION guitarist Dave Navarro is at the center of a new documentary called "Mourning Son", which focuses on the true story of what happened to Navarro's mother and the repercussions of her death. The film was written by Navarro and director Todd Newman, and was produced by Navarro, Newman and Larissa Swan. The film was released via VOD on December 1.

When Dave was only 15 years old, his mother Constance was brutally murdered by her estranged ex-boyfriend. The killer, John Riccardi, eluded capture for eight years while Navarro dealt with his trauma and fear through drugs, art and escapism. The film is described as a "heartbreaking, inspirational journey" in which Navarro "confronts the events that changed his life forever."

Navarro told Rotten Tomatoes about "Mourning Son": "Basically, me and my partner, Todd, we worked on it every step of the way. This film couldn't be more DIY independent filmmaking because we just basically made it ourselves.

"There was no other project I've ever been a part of that has been that hands-on from beginning to end. We just wanted to do it ourselves."

He continued: "As we were telling the story, and as we were putting it together — because we initially didn't really have any idea what we were going to do with this — is this going to be a 15-minute film that we put out on YouTube?… We didn't know what it was going to be. And it just evolved because part of the thing that we learned about documentary filmmaking is that as you put the film together, it kind of decides where it wants to go from there. Then it just decided it wanted to be this feature-length thing, and I think one of the things we realized as we were going is that it had the potential to help trauma survivors and victims of crime in a way that no other film has. And in terms of pointing out that there's no right way to do this, and it's probably never, ever going to be totally okay. You're just going to have to get better, and things are tough. I think it speaks on a real level to people who have been through something like that. And buzz words like 'closure' you got to throw that out the window right away, because there's never going to be a day that there's closure. I think what happens is that, in today's 'touchy-feely' climate, people end up feeling bad because they don't feel closure, and then they feel worse.

JANE'S ADDICTION has been touring to celebrate the 25th anniversary of its 1990 album "Ritual De Lo Habitual". The band is performing the album in it entirety on the trek.