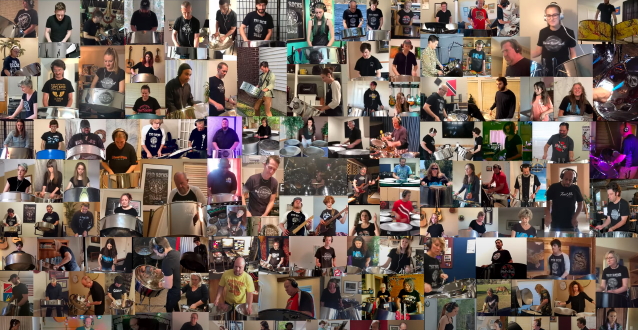 JANE'S ADDICTION drummer Stephen Perkins recently teamed up with steelpan players from eight different countries to record a quarantine cover version of THE WHO classic "Baba O'Riley". Check out the video below.

Perkins is perhaps the only rock drummer to use steelpan in a Top 40 rock band. He told Pan Magazine that he first fell in love with steelpan due to its "beautiful, hallow, haunting sound."

What a great musical collaboration- honoured to keep the beat for steel pan players around the globe- @TheWho@pananimal@dwdrumshttps://t.co/yF3mWlFqui