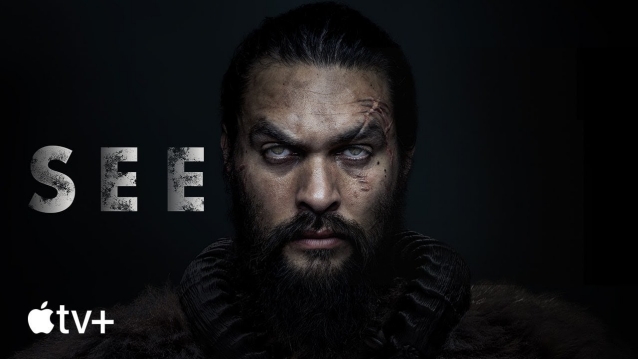 According to IndieWire, actor Jason Momoa tapped vocalist Oli Peters of the Canadian death metal band ARCHSPIRE to coach him on how to mimic his distinct vocal style for the early troop rallying scene in the Apple TV+ sci-fi series "See".

"Jason has such an interest in music and has done aggressive acting scenes before, so he was a quick learner for this," Peters said. "We spent time getting him familiar with what the vocal style is and were messaging back and forth while ARCHSPIRE was on tour. When we hung out on sets, in between takes I'd come over to him and we'd go over the lines together."

Written and created by Steven Knight and directed by Francis Lawrence, "See" takes place in the distant future, after a deadly virus decimated humankind. Those who survived emerged blind. Momoa stars as Baba Voss — the father of twins born centuries later with the mythic ability to see — who must protect his tribe against a powerful yet desperate queen who wants the twins destroyed. Alfre Woodard stars as Paris, Baba Voss's spiritual leader.

"Already having the background experience of being in front of cameras while playing and having to have high energy during go time helped us out with being on screen," Peters said. "Being on a big-budget TV set was a trip, and Jason putting us in speaks to the creative side of what he does. He has this crazy reputation and status, but he's just a fun metal dude."

Beginning November 1, the first three episodes of "See" were made available to watch on Apple TV+ in over 100 countries and regions around the world. New episodes are continuing to roll out weekly, every Friday.

Last year, Momoa revealed that METALLICA and TOOL served as inspiration for his character in "Aquaman", telling Metal Hammer in an interview: "Aquaman's pretty metal. I know no one thinks that, but Aquaman's metal."

He singled out METALLICA's debut album, "Kill 'Em All", and the TOOL song "Ticks And Leeches" as two pieces of music that influenced his portrayal of Arthur Curry's alter-ego.

"There's a lot of [BLACK] SABBATH in there too," Momoa added.

Back in 2011, Momoa discussed the heavy metal influences that prepped him up for his role as the legendary barbarian in "Conan". "There's a song by PANTERA called 'Walk' that is definitely the 'Conan song,'" he said. "A lot of old METALLICA and RAGE AGAINST THE MACHINE always helps." 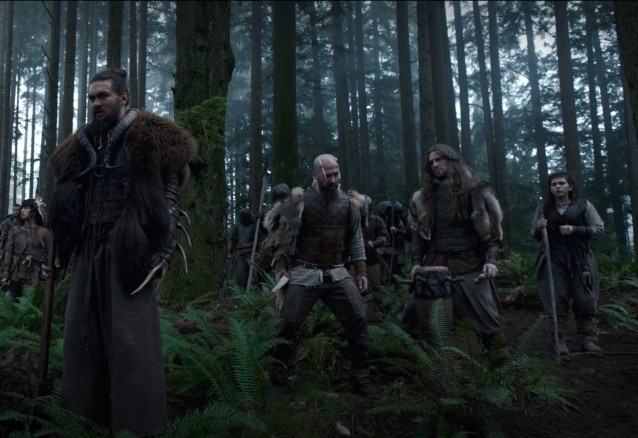