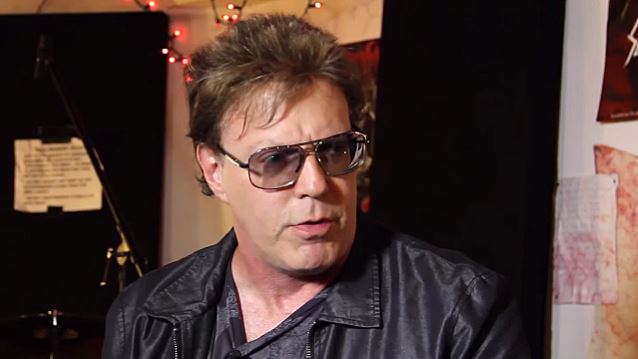 JAY JAY FRENCH: 'If It Wasn't For DAVID BOWIE, There Would Be No TWISTED SISTER'

TWISTED SISTER guitarist Jay Jay French has paid tribute to David Bowie, saying that if it wasn't for the British art-rock icon's influence, "there would be no TWISTED SISTER."

Bowie died on Sunday, two days after his 69th birthday.

He passed away just three days after releasing his 25th studio album, "Blackstar".

"I can tell you unequivocally if it wasn't for David Bowie, there would be no TWISTED SISTER," Jay Jay French told CBS. "The Bowie medley, which are three songs from the ['The Rise And Fall Of Ziggy Stardust And The Spiders From Mars'] album, were our staple for about five years. You couldn't come and see TWISTED SISTER without listening to those songs from that album. It was as simple as that. We loved Bowie, and we changed as Bowie changed."

The TWISTED SISTER movie "We Are Twisted F*cking Sister!", a 134-minute documentary film by Andrew Horn, has preserved at least a bit of that in all its early rawness and energy. Horn wasn't able to use the medley in the film — "not enough time or money,' he explains — but he does have footage of TWISTED SISTER tearing into one of Horn's favorites from the "Ziggy" era. Watch the clip below as it appears in the film, used to introduce singer Dee Snider into the band.

"We Are Twisted F*cking Sister!" will be presented in theaters via Music Box Films in February. The first-ever documentary of the band that defined an early MTV with their no-holds-barred music videos opens in New York and Los Angeles on February 19 with a one-night-only event at Chicago's Music Box Theatre on February 22. On February 23, the film will be released on DVD, Blu-ray, VOD, and digital formats, with an included two hours of bonus material and director commentary.