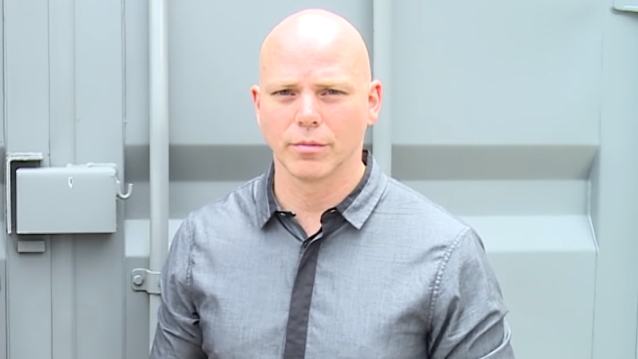 STONE SOUR guitarist Josh Rand was asked during a recent appearance on "Loudwire Nights" for his opinion on the latest SLIPKNOT album, "We Are Not Your Kind". The two bands both feature lead singer Corey Taylor.

Rand responded: "I heard several songs… You know, I think the thing that amazes me out of everything is I have to tip my hat to [drummer] Jay Weinberg. I think his drumming is incredible. I think, in a lot of ways, he saved that band. And, to me, it's his shining moment. That's what I took from that record. I was, like, 'Good on you, dude.' So, he made the most of an opportunity, and he delivered."

Rand is currently promoting STONE SOUR's new live album, "Hello, You Bastards: Live In Reno", which came out on December 13. He told The Pulse Of Radio that the next STONE SOUR studio album is not on the schedule yet: "There's no timetable. Right now we just kind of take one thing at a time, and Corey has a full year still left of touring with SLIPKNOT. And he's planning to work on his solo record, so I have no — there's no actual timetable for us."