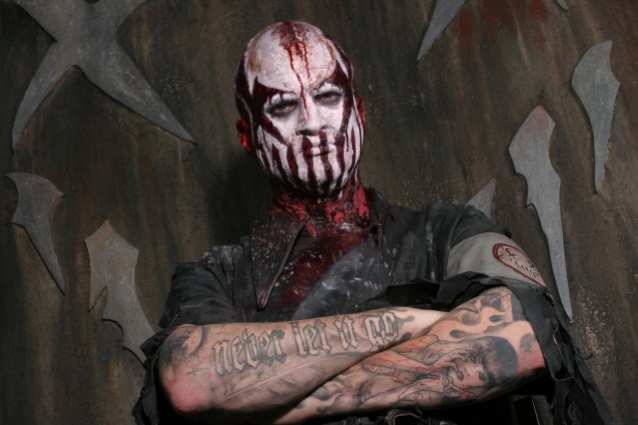 "I am coming to you today with a heavy heart to announce that I am leaving MUSHROOMHEAD," Hatrix said in a statement. "It is a decision that I did not make easily, but one I made for reasons that are best for me as an artist and musician at this juncture in my career." He went on to describe the body of music and music videos MUSHROOMHEAD has created over eight albums and 24 years of performing and touring for "the craziest, fucking loyal and amazing fans" as "a once-in-a-lifetime privilege."

Hatrix is not making any further comment at this time. He is asking MUSHROOMHEAD's decades of devoted fans to remain loyal to the band they love during this transitional period.

MUSHROOMHEAD's eighth studio album, "The Righteous & The Butterfly", was released in May 2014 via Megaforce Records. The CD was recorded in Cleveland with longtime co-producer Bill Korecky.