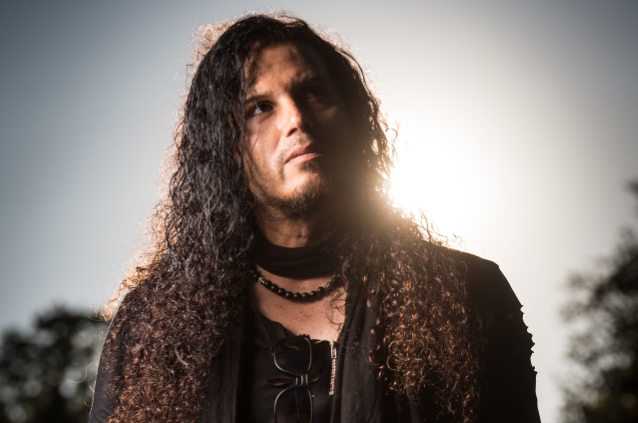 Former YNGWIE MALMSTEEN and current SONS OF APOLLO vocalist Jeff Scott Soto has released a cover version of the song "What Was" from ex-JOURNEY singer Steve Perry.

Soto said: "In celebration of Steve Perry's return to the music world with his new album 'Traces', my longtime friends at Frontiers came to me with the idea of throwing out a cover of one of SP's tunes as a 'welcome back' of sorts.

"As this idea came about a week before I was scheduled to embark on the current SONS OF APOLLO tour, I had little time to put this together, so I called on my VERY busy friend Alessandro Del Vecchio and asked if he could help me put something together. He enthusiastically squeezed me in and quickly knocked out the music to a song he had suggested called 'What Was'. This song was only available on the 'Greatest Hits + Five Unreleased' album.

"And so here it is, a thank you, welcome back and celebration for Mr. Perry's return… I owe so much to this man and the influence he gave me as a singer, I only hope I did this song justice for you all to enjoy!"

Jeff Scott Soto's career spans over 30 years. He was first introduced to the public as the vocalist for guitar virtuoso Yngwie Malmsteen's iconic first two solo albums before going on to front the esteemed hard rock band TALISMAN. He is also one of the vocalists for the wildly popular TRANS-SIBERIAN ORCHESTRA, the lead vocalist for supergroup W.E.T. (featuring JSS alongside members of ECLIPSE and WORK OF ART),creative visionary for the more metal-leaning SOTO, and frontman for the new supergroup, SONS OF APOLLO (which also features Mike Portnoy, Derek Sherinian, Ron "Bumblefoot" Thal and Billy Sheehan),among many other musical activities he has been and is involved in. He also held a stint fronting Rock And Roll Hall Of Famers JOURNEY and was one of the vocalists for the officially sanctioned QUEEN tribute QUEEN EXTRAVAGANZA. His incredible voice has led to many invitations to do guest lead or background vocals on a multitude of albums, including, but not limited to, STRYPER, Joel Hoekstra, SAIGON KICK, Fergie Frederiksen, Lita Ford, STEELHEART and many more.