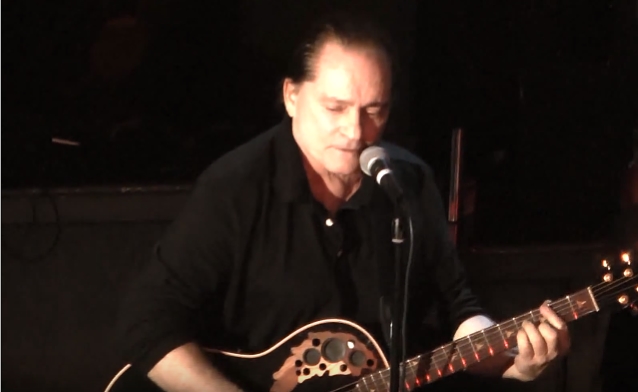 Marty Balin, the legendary founder and lead vocalist of JEFFERSON AIRPLANE and hit songwriter of JEFFERSON STARSHIP, passed away on September 27. His wife, Susan Joy Balin, was by his side. He was 76.

Marty had a historic career as Rock And Roll Hall Of Fame inductee, Grammy Lifetime Achievement Award recipient, and platinum and gold solo artist. Balin also enjoyed painting all his life. He painted vibrant, large-scale portraits of many of the most influential musicians and good friends Janis Joplin, Jim Morrison and Jerry Garcia, to name a few.

Marty's fans describe him as having had a substantial impact for the better of the world: "One of the greatest voices of all time, a writer of songs that will never fade, and founder of the quintessential San Francisco band of the sixties." His music is known for being the soundtrack to all of life's monumental moments.

"Marty was the one who started the San Francisco scene," says Bill Thompson, Balin's roommate back in the mid-'60s and former manager of both the JEFFERSON AIRPLANE and JEFFERSON STARSHIP.

The JEFFERSON AIRPLANE, initially a folk-rock venture, came to epitomize the psychedelic scene, scoring a gold record in 1967 with its second album, "Surrealistic Pillow". The album was named one of the "500 Greatest Albums Of All Time" by Rolling Stone magazine.

Balin's soulful tenor proved a pivotal element of the group's sound. He also wrote key compositions, including "It's No Secret", "Today", "Comin' Back To Me", "Plastic Fantastic Lover", "Share a Little Joke" and "Volunteers".

"Back in those days Marty was quite the businessman," said Paul Kantner. "He was the leader of the band on that level. He was the one who pushed us to do all the business stuff, orchestrating, thinking ahead, looking for managers and club opportunities. He was very good at it."

At the end of 1978, after contributing several major hits, including "Miracles", "With Your Love", "Count On Me" and "Runaway" with JEFFERSON STARSHIP, Marty left the band. In 1981, he released his first solo album, "Balin", featuring two hits, "Hearts" and "Atlanta Lady". Marty's solo career proved to be as successful as his past music endeavors.

"Marty and I shared the deepest of love — he often called it Nirvana — and it was," said Susan Balin. "But really, we were all touched by his love. His presence will be within my entire being forever."