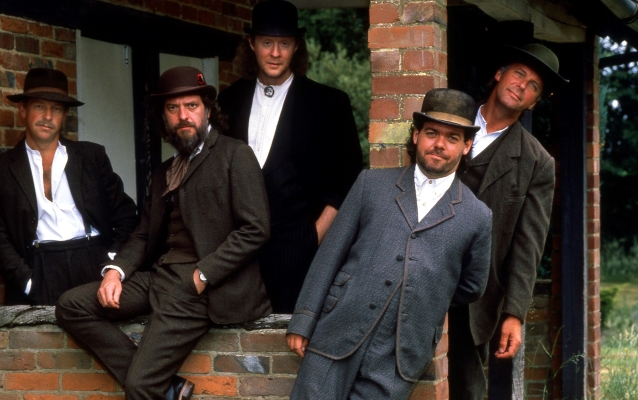 "The Ballad Of Jethro Tull" will be a beautifully packaged, fully illustrated hardback book, printed in two editions: a "Classic" version; and a limited-run "Signature Edition", signed by Ian Anderson and featuring additional content.

The project is being overseen by JETHRO TULL founder and frontman Ian Anderson who, together with members and former members of the band, will contribute memories, personal photos, memorabilia, classic and previously unseen live photography, behind-the-scenes snaps, original press cuttings and album art.

Ian Anderson said: "It's been on my mind to find an effective way of telling the JETHRO TULL story and as we celebrate — in slight disbelief — our 50th anniversary, now seems as good a time as any to draw on the recollections of the very many musicians who played a part in JETHRO TULL. Some guys are sadly no longer with us and others will be hard to reach but this project will seek to provide the definitive JETHRO TULL story — as told by JETHRO TULL."

The announcement comes as JETHRO TULL continues its 50th-anniversary world tour, which will have seen the band play over 60 dates across Europe and the U.S. by the end of the year.

By registering at JethroTullBook.com potential buyers will be the first to get the news on the book's progress, become eligible for an early bird discount on both editions, and get the chance to have a name printed in the book.

"The Ballad Of Jethro Tull" will be published by Rocket 88, one of music's most innovative publishing houses, specializing in direct sales for the highest-quality, bespoke books. Recent histories include DEVO, Steven Wilson / PORCUPINE TREE (Steven has been responsible for the remixed and remastered TULL back catalog),Syd Barrett, Devin Townsend and FOREIGNER.