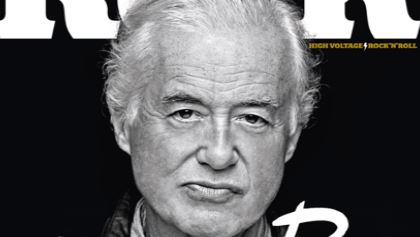 Legendary LED ZEPPELIN guitarist Jimmy Page — who hasn't toured as a solo act since 1988 — spoke to Classic Rock magazine about his prospects for releasing new music and hitting the road in 2015.

"The music I've been writing, it's got various moods to it, various textures," he said. "That isn't going to change. So there will be real surprises within it, you know? But there would have to be. I wouldn't really be happy about it unless there was. But I have got material. It's sort of there. And in a way I'm really pleased that I haven't recorded it yet. Because it will still be good. If something's good, it is good, isn't it? Riffs and things — they're either good or they're not good."

He added: "I'm not doing a modern LED ZEPPELIN album. I'm doing the music that will be a summing up of where I am at this point in time.

Asked if what he created in the past with LED ZEPPELIN is in some way a burden on him as he is making new music, Page said: "Well, there is pressure. But then you have to put it in context with actually thinking of all that pressure that's built up over all those decades and putting your arse on the line for one night at the 02 [LED ZEPPPELIN reuinioon concert in 2007]. What sort of pressure is that? You can imagine what it was like for that show. You know, one shot. At least when you're recording an album, you've got more than one shot at the solo. So you just have to look at it like that."

He continued: "New music is new music. But it still has to be good. It has to be vital. It has to connect with people. It doesn't want to be limp and halfhearted. It really needs to connect on one level or another, whether it's got that intensity to it, or it's something that is more rhythmic or voodoo-like, or something that is more sensitive or caressing. And that is what you're doing — you're a musician. You're not thinking about whether it's paling in the shade of LED ZEPPELIN. What sort of nonsense is that? [laughs] But you know what I'm saying."

Page is hopeful that he will be back performing on stage next year "because you need to be seen to be playing," he explained. "That's why I've put so much effort into stockpiling all of this new material. I know the importance of the LED ZEPPELIN legacy, if you like. So that's why I've been stockpiling over a couple of years. I think it's important. That's the way to look at it and that's the way to do it."

On September 30, Page spoke in more detail about his possible return to the concert stage when he met with a select group of reporters to preview his deluxe remastering job on LED ZEPPELIN's fourth and fifth albums, 1971's "Led Zeppelin IV" and "Houses Of The Holy", which are coming on October 28. Page said: "If I was to play again, it would be with musicians that would be… some of the names might be new to you. I haven't put them together yet, but I'm going to do that next year. If I went out to play, I would play material that spanned everything from my recording career right back to my very, very early days with THE YARDBIRDS. There would certainly be some new material in there as well…

"I love playing live, I really do. Live concerts are always an interesting challenge because it means you can always change things as you're playing every night. You can make it even more of an adventure. I would play all of the things I'm known to play — instrumental versions of 'Dazed And Confused', etcetera, etcetera…"

The Jimmy Page-remastered editions of "Led Zeppelin IV" and "Houses Of The Holy" will both be released with previously unreleased audio content in a variety of packages — including a limited edition "Super Deluxe" box set. 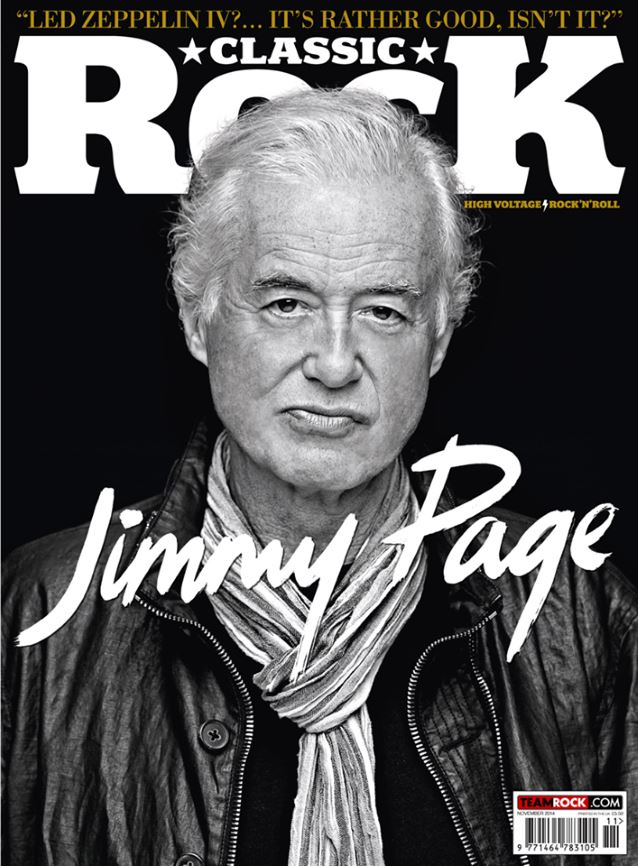