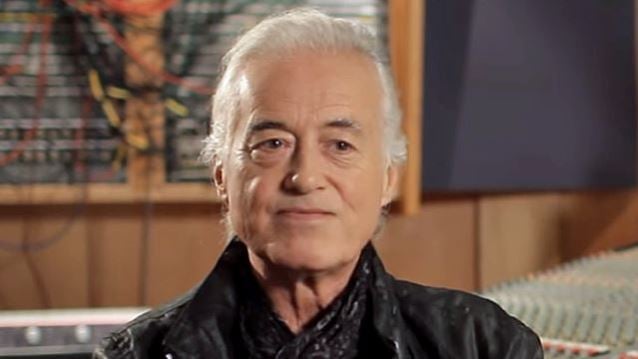 Jimmy Page says that previously unheard LED ZEPPELIN material will be released next year to coincide with the band's 50th anniversary.

In a new 50-minute video interview for the Academy Of Achievement, Page was asked about ZEPPELIN hitting the half-century mark, and he said: "There'll be LED ZEPPELIN product coming out, for sure, that people haven't heard, because I'm working on that. Next year will be the 50th year, so there's all manner of surprises coming out."

You can watch the video below.

All nine of LED ZEPPELIN's albums were reissued over a two-year period starting in 2014. The LPs were released in chronological order, each remastered by Page and featuring dozens of unheard studio and live recordings, with each album featuring a second disc of companion audio comprised entirely of unreleased music related to that album.

Since John Bonham, John Paul Jones, Jimmy Page and Robert Plant came together in 1968 as LED ZEPPELIN, the band has sold more than 300 million albums worldwide.

Engineer John Davis, who worked with Page on the remasters, revealed in a since-deleted October Facebook update that he was "mostly mastering LED ZEPPELIN" on the day that the post was made. It is not clear which project Davis was referring to or if it had anything to do with the aforementioned ZEPPELIN "product" Page had brought up in the Academy Of Achievement interview.