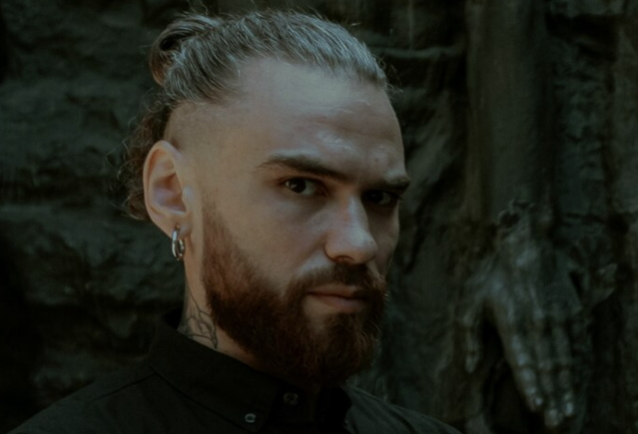 JINJER Bassist Witnessed 'Real Horror' In Early Days Of War In Ukraine: It Was 'The Most Horrific Time Of My Entire Life'

Ukrainian metallers JINJER played their first live show since Russia's invasion of their home country on June 10 at this year's edition of the Greenfield Festival, which was held in Interlaken, Switzerland. The concert took place just days after it was announced that JINJER had been given permission from authorities to leave their war-torn nation and tour Europe this summer as ambassadors of the country.

Asked in a new interview with Finland's Chaoszine what it has been like for him and his bandmates to be back on stage after all the tumultuous events of the last week weeks, JINJER bassist Eugene Abdukhanov said (as transcribed by BLABBERMOUTH.NET): "Well, it has its pros and cons. On the one hand, being on stage for this 45[-minute], 50[-minute] or one-hour [set] is the perfect therapy for me, and it's the only time I can forget about the war — just playing music and connecting with the crowd. Because all the other time, my mood really goes up and down constantly — it swings back and forth, back and forth. And I may feel absolutely okay at one point, but after a few minutes I'm totally depressed — depressed in the way that I can barely act. And being able to play is definitely a cure."