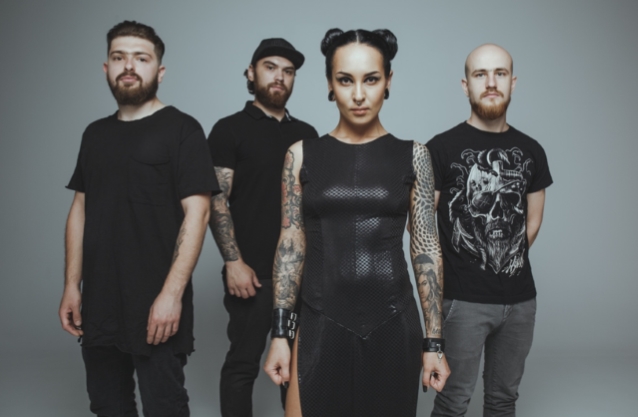 Ukrainian metal act JINJER has released a new single titled "Ape". The song's accompanying video can be seen below.

Bassist Eugene Abdiukhanov comments: "It's been two years since we have released new material, and it was high time to bring something brand new to the table. By last spring, we collected a bunch of musical ideas which we eagerly wanted to turn into songs. In other words, we really had something to say with our music. So here you are! This fall is the season of JINJER."

JINJER will provide direct support to DEVILDRIVER on the latter band's upcoming U.S. tour, which kicks off this coming Tuesday, October 23 in Phoenix, Arizona. The tour runs through November 18 in San Diego, California.

Says JINJER of the upcoming tour: "We are super stoked to start the fall American tour with DEVILDRIVER and RAVEN BLACK playing brand new songs."

JINJER recently entered the studio to begin recording a new EP, "Micro", to be released before the end of the year via Napalm.

Vocalist Tatiana Shmailyuk confirmed to the Impact metal channel that the band was working on music for the follow-up to 2016's "King Of Everything" album. "Right now we're in the process of writing, of composing new material," she said. "And I must say a few — I think three or four — songs are already done musically."

Asked if she has any ideas for possible lyrical concepts for the next JINJER album, Tatiana said: "Not at all. I have no idea. First I need to hear the music and to feel the atmosphere, and then maybe I get inspired… Usually, I get inspired by our own music, so I try to isolate myself from other music or whatever and just try to listen only to [our] new stuff, to all those rough ideas that we record. But as usual, we have our old friend there, at Morton Studio [in Kiev, Ukraine], and he's always available for us."

Earlier this year, Abdiukhanov told France's Loud TV that the band would enter the studio in the fall to begin recording new music. "We're gonna record an EP — four or five songs, absolutely brand new," he said. "It will be a different direction, it will be a different approach, but still JINJER. It's gonna be progressive."

JINJER's third album, "King Of Everything", was released in July 2016 via Napalm Records.

The band's second studio LP, "Cloud Factory" — which originally came out in 2014 — was reissued earlier this year with two live tracks. 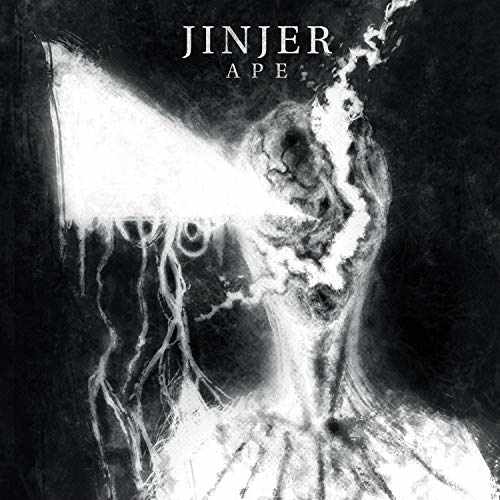