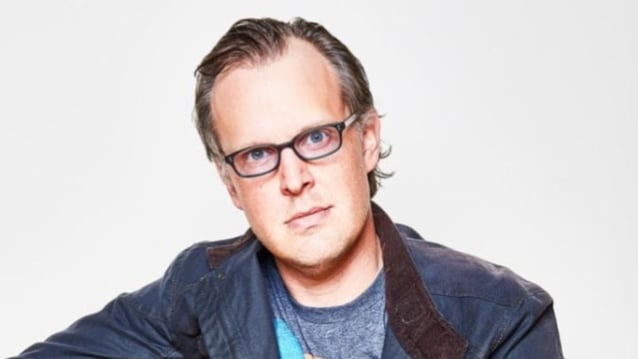 Guitar icon Joe Bonamassa has shared security camera footage from his apartment in Nashville capturing the explosion of a recreational vehicle on Christmas morning which damaged dozens of buildings, injured three people and knocked out AT&T wireless service in and around the city.

On Friday (December 25), Bonamassa — who splits his time between Nashville and Los Angeles — tweeted out the 12-second clip, and wrote in an accompanying message: "A message of love and support to my friends and family in Nashville on this Christmas Day. This was taken by my security cameras three blocks away from the bombing at 6:30am central time this morning."

Authorities have identified 63-year-old Anthony Quinn Warner as the Nashville bomber after matching his DNA to remains found at the scene of the explosion.

"He was present when the bomb went off and he perished in the bombing," Don Cochran, U.S. Attorney for the Middle District of Tennessee, told reporters earlier today.

Metro Nashville police chief John Drake added: "I cannot truly describe all the hard work that has gone into this investigation since Friday's explosion. Nashville is considered safe."

"Evacuate now," a digitized female voice broadcast from the RV warned. "There is a bomb. A bomb is in this vehicle and will explode."

A song was also heard playing from the RV, with an agent from the Bureau of Alcohol, Tobacco, Firearms and Explosives identifying it as Petula Clark's "Downtown", a 1965 hit tune about going to the city to seek refuge from sadness.

A message of love and support to my friends and family in Nashville on this Christmas Day. This was taken by my security cameras three blocks away from the bombing at 6:30am central time this morning. pic.twitter.com/zhaIApW9Gr