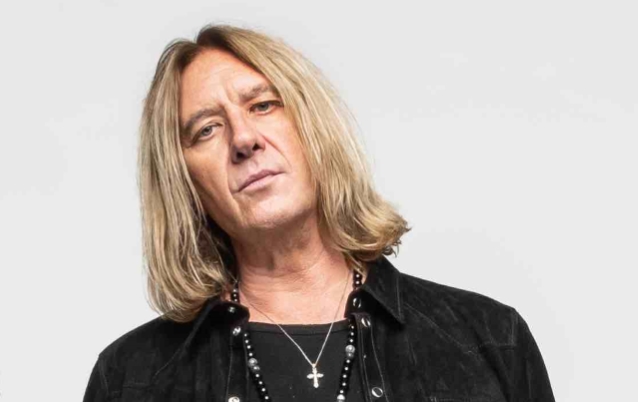 JOE ELLIOTT: How DEF LEPPARD Found Out It Was Officially Going To Be Inducted Into ROCK HALL

The members of DEF LEPPARD had a hunch that 2018 would be their year to enter the Rock And Roll Hall Of Fame when they immediately led, then won, the fan vote — but remained unsure until the official announcement. The Pulse Of Radio caught up with frontman Joe Elliott, who explained how the news came down to the band while on the road in Europe during an early morning hustle to their next gig. "We got the news in Glasgow, so when we all got on the bus, there was a lot of, 'Hey, Hall Of Famer! How ya doin'?'" he said. "High-fiving and hugging and stuff like that at 10 o'clock in the morning as best you can when you just woke up. So, it wasn't like a movie, where it was champagne and there was balloons and stuff — it wasn't one of them kind of things. It was mid-tour. We took it in our stride, 'cause we are a working band — and it was just another bit of information coming towards us that day that was one of many things that we were dealing with. But it was, like, 'Yeah! We're in — great!"

The current lineup of DEF LEPPARD — with the late Steve Clark and original guitarist Pete Willis — will be inducted. So far there's been no announcement as to who will officially induct the band into the Hall.

The Rock And Roll Hall Of Fame induction ceremony with take place on March 29 at Brooklyn, New York's Barclays Center. HBO will broadcast a truncated version of the ceremony later in the year.

DEF LEPPARD's brand new greatest-hits collection titled "The Story So Far - The Best Of", was released on November 30.