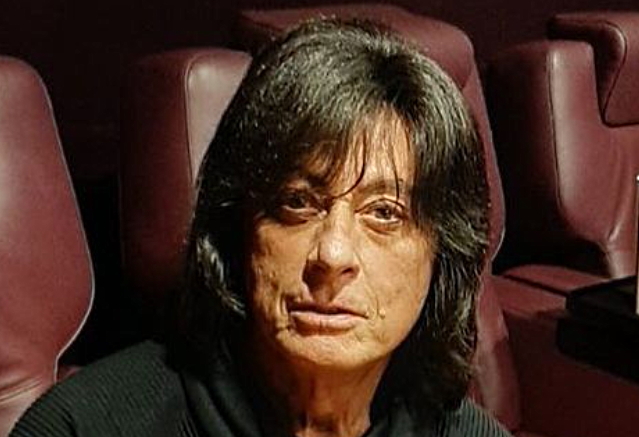 Joe Lynn Turner has once again blasted Frontiers Music Srl for continuing SUNSTORM without him, claiming that he had "no idea" the Italian record label would replace him in the project and accusing Frontiers of "lying" about the reasons he is no longer involved with the brand.

Last month, Frontiersannounced that going forward, SUNSTORM will now be a vehicle for "one of the most impressive vocal talents to emerge in recent years" in the form of RAINBOW singer Ronnie Romero. Romero's debut album with SUNSTORM, "Afterlife", will arrive on March 12. The first taste of the LP came with the release of the single and video for the track "Swan Song".

Turner, who recorded five albums with SUNSTORM between 2006 and 2018, addressed his decision to walk away from the project in a new interview with Vintage Rock Pod.

He said (hear audio below): "First off, I had no idea they [Frontiers] were continuing the SUNSTORM brand. And I had no idea that they would use a replacement singer. And that's not even so much as what I was sort of disgruntled about it all.

"I realized I had to make a statement [addressing my reasons for no longer being involved with SUNSTORM] when I saw all the legion of my fans, who are vicious sometimes — which I love about them — complaining to me, and saying how immoral and how lack of integrity in all this was.

"Yes, I left the project," Joe confirmed. "But I left the project not because of what they think. That's why I had to make a statement to clear this up. I made two statements to clear this up, especially for the fans, because I wanted them to know I don't hate AOR, classic rock, as they [Frontiers] sort of pointed out that I was leaving classic rock for a heavier sound.

"Look, an artist moves around and evolves and does different types of genres and experiments," Turner explained. "It's like a painter or anything else. So that was the truth, so I just wanted to clear that up. Then it got into the fact that Frontiers started saying, 'Oh, well, it's like a band. You can change the lead singer anytime you want.' And that is not entirely true at all. This project was made for me specifically because of a tape that Serafino [Perugino, Frontiers head honcho] had found [of] all of my old demos. And there was a lot of demos that never made it to my solo albums — I had done a lot of writing. And then he said, 'Why don't we record these? They're great songs.' So, I said, 'Yeah. That sounds like a great concept.' So this was an actual Joe Lynn Turner project, SUNSTORM. And I worked, like, 12 [or] 14 years on these things, sporadically, over five albums. The first three were closer to the truth. Then it started to drift. So, as it started to drift, lose its purpose, lose its meaning, lose its direction, and they were taking over more and more creative control, et cetera, and there were a couple of business deals in there — I don't wanna get into it — I said, 'Look, I'm not going to supply you with old material, or even new material, if this is gonna be the case.' So, naturally, my interest waned — I became very disinterested in the whole thing. And I said, 'Look, I'm not getting any validation out of this.'

"What it was originally was fantastic, and I think those albums are very strong and will last the test of time," Joe continued. "But it started to change. So I basically wrote the second statement because I needed to really define exactly what was going on. I didn't like what they were saying, twisting my words like that. Actually, just twisting the truth — it wasn't my words. And I wanted the fans to know I could do an AOR album tomorrow. I could be doing AOR as well as any other type of heavy metal album or whatever else I wanna do. That doesn't stop me from doing it. What stopped me was the total control of creativity [and] lack of respect, I think. So my issue was not so much as — they own the brand. It's their record company. SUNSTORM's their brand. But if you're gonna do something like that, call it something else. Just simply call it MOONSHINE, or whatever. No problem here. But don't try to sell the fans on this B.S. that, well, I wanted to leave, and it's all my fault, and it's okay to change singers, and all this. That's what aggravated me. So I set the record straight. And the fans did the rest. They are just amazing; I wanna applaud them. Thank you so much, guys. I didn't have to do anything after that.

"I don't have any animosity towards [anybody] or anything like that; it's just that, don't lie about it," Joe clarified.

In a statement announcing his involvement with SUNSTORM, Romero said: "For me, it's very special to join and take part in the new SUNSTORM album since it always was one of my all time favorite Frontiers projects. To accept the huge task and responsibility of replacing JLT is a challenge I just couldn't pass on. To work with Alessandro was fantastic. We have very melodic and strong songs throughout the album and I'm pretty sure the SUNSTORM fans are gonna love every track, as I do. Especially the singles, but 'Swan Song' is probably my favorite. A very melodic song, a lot of backing vocals (something that I always wanted to do, a special and different approach on the vocal production side for me),the band sounds fantastic and it will be one of the highlights on the album, guaranteed! Can't wait for the fans to listen to the album!! At this point, it's cranking in my car every day." 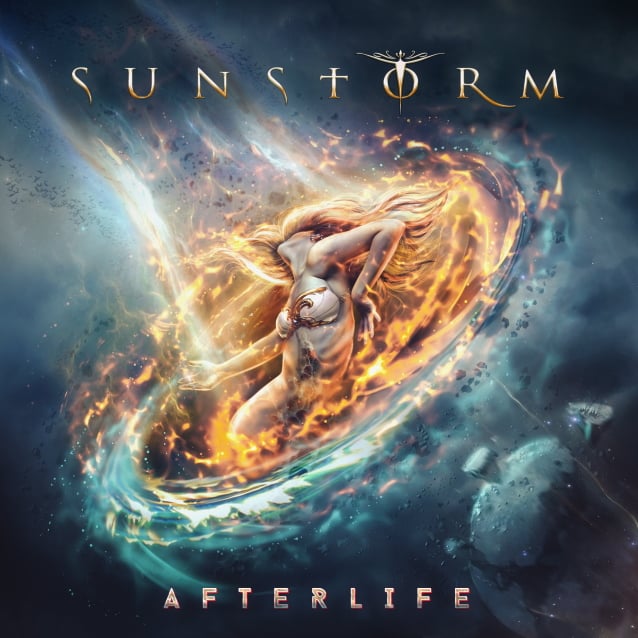