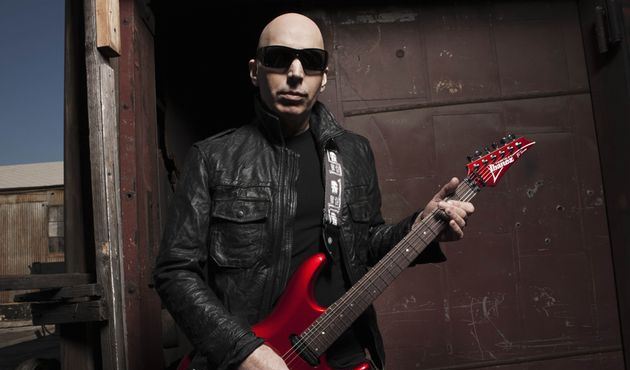 Daily-Rock Quebec recently conducted an interview with the incomparable guitar aficionado Joe Satriani. You can now listen to the chat in eight parts below.

Satriani last month kicked of an extensive U.S. tour, and first-ever cross-Canada trek, supporting his new album, "Unstoppable Momentum". The tour launched on August 29 in San Diego, California before crisscrossing its way across the U.S., in addition to a trans-Canadian tour where Satriani will be hitting many Canadian cities for the very first time. The North American tour will end with a show on October 26 in Oakland, California. Joining Satriani on the road are veteran bandmate Mike Keneally (Frank Zappa, Steve Vai) on keyboards, along with an entirely new rhythm section, featuring bassist Bryan Beller (DETHKLOK, Dweezil Zappa) and drummer Marco Minnemann (Adrian Belew, Steve Wilson).

"Unstoppable Momentum", Satriani's 14th studio album, was released on May 7. The CD debuted at No. 42 on The Billboard 200 chart, giving Satriani his highest chart position in over 20 years, and first single, "A Door Into Summer", landed in the Top 10 on the Classic Rock radio chart.