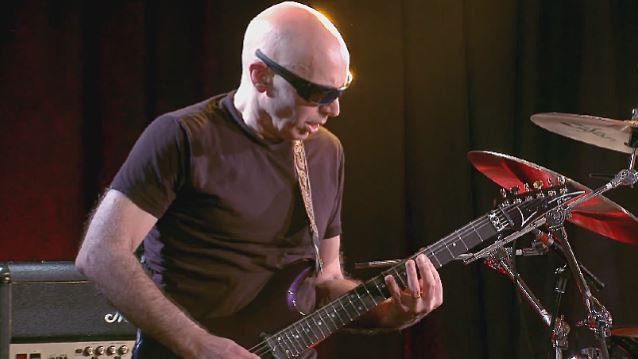 World-renowned guitarist and Bay Area resident Joe Satriani has announced a fundraising auction, set to launch this Sunday, January 14 at the Fox Theater in Oakland, California to benefit the North Bay Fire Relief in Sonoma County. The online auction will be live for one week, with bidding ending on January 21.

The auction will feature autographed collectible guitars from Joe as well as his "G3" tourmates (John Petrucci and Phil Collen),in addition to guitars signed and donated by fellow Bay Area residents Carlos Santana and Neal Schon. Other items up for auction include a Huey Lewis signed harmonica and a Bill Gibson signed drumhead, along with signed posters and memorabilia from past "G3" tours. Net proceeds will go to North Bay Fire Relief, including UndocuFund, directly assisting the affected undocumented residents of Sonoma County. The auction is being curated and administered by Bananas At Large.

Satriani has lived in the Bay Area for over 30 years and considers it home. His longtime manager Mick Brigden was directly affected by the fire as his entire neighborhood was destroyed, although, thankfully, his house was spared. Raising funds to support those affected in their own backyard is important to the multi-Grammy-nominated guitarist. Satriani says: "This special auction for North Bay Fire Relief in Sonoma County is close to my heart. So many of my friends and coworkers are still in need after the devastating wildfires. Please join me and my musical buddies in raising some funds to provide some love and care. Thank you!"