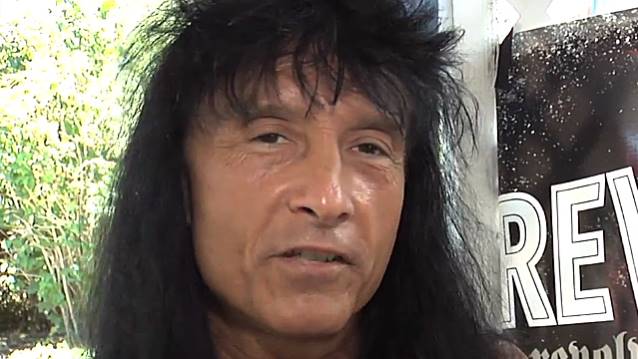 JOEY BELLADONNA: 'I Don't Think I've Ever Really Found My Place' With ANTHRAX

The March 2014 issue of Sweden Rock Magazine contains an interview with ANTHRAX singer Joey Belladonna which was conducted on December 14, 2013 prior to the "Christmas Metal Symphony" concert in Kristianstad, Sweden.

Asked about how his role in ANTHRAX has evolved since he first joined the band in late 1984, Belladonna said (hear audio below): "You're joining four guys that are friends from New York City, and I don't live… It's like coming into a new neighborhood and trying to get new friends.

"If I walked into Chuck's [Billy, TESTAMENT singer, who was also present at the time of the interview. — Ed.] neighborhood and he's got four of his friends, then I'm, like, this new kid. No matter what you do, it's gonna be hard. They're all so close, unless you actually fit in right away and they're just that cool… They were open to me, but they weren't doing anything either way to make me feel like it was gonna be the best thing in the world; it was more business-like. 'You wanna join with us, man? It'd be great.' Of course, [ANTHRAX's manager at the time] Jonny Z, was very, very encouraging, 'cause he knew more about what it would be like to have somebody in there that would help make the band right versus a bunch of guys that weren't sitting in the band very well."

He continued: "It's not right for everybody. This kind of band and that kind of music, it has to be right. Even the whole thing, the whole package — not even just the voice part of it; just the whole setting of it all.

"I don't think I've ever really found my place with this band. I mean, as much as we do what we do, it's so corporate in its own way. But, yeah, it doesn't get much better than it is now, but it could be a whole lot better, too, at the same time. [I'm] only allowed so much friendship.

"I don't even talk with [the other guys in the band] right now. I mean, there'll be a few e-mails, but they're so short. It's not like I sit on the horn [telephone] and talk with Charlie [Benante, ANTHRAX drummer] all day. He don't have time for me. I do, but they just don't, you know?! It's only out of necessity [that they keep in contact with me]. So even back then, I don't think it was anything really that cool. Part of me might not have joined it because it wasn't as open as when I jammed with friends at home and they'd always come over my house all day and play for hours. And we'd go out together and we'd hang out together. ANTHRAX wasn't like that, you know?!"

Asked why he kept going with ANTHRAX for so many years despite the seeming lack of friendship between him and the other guys in the band, Belladonna said: "I don't know… I just thought it was a good band, really. I mean, it came down to something that would have been really, really prosperous for me, that would go forward and be a solid band. It's hard to find a good, solid group like that. I mean, I had bands, but they weren't quite as good as ANTHRAX. [ANTHRAX] was really, extraordinarily, really talented as a group that [was] rolling, in motion, had management, and [was] doing a record. I hadn't done any originals, other than the band I was in just prior to that, and we weren't doing a whole lot. We did a lot of sitting around."

In a 2010 interview with Classic Rock magazine, ANTHRAX guitarist Scott Ian stated about the circumstances that led to Belladonna's return to the band: "We had a meeting with John [Bush, the ARMORED SAINT frontman who has been singing with ANTHRAX], at which he was honest enough to tell us that he really couldn't make the commitment to the band that he knew we needed. It was all very friendly, but ended with us feeling we had to find someone else.

"Nobody wanted to go down the route of finding an unknown. So, it left one option: calling Joey. He was really into the idea of coming back.

"The five of us [Ian, Belladonna, guitarist Rob Caggiano, bassist Frank Bello and drummer Charlie Benante] met in New York, when I did a show with Pearl [Aday, Ian's wife], and we got along really well, and that sealed the deal. It was that easy."

ANTHRAX's most recent collection of all-new original material, "Worship Music", has sold more than 110,000 copies in the United States since its September 2011 release, according to Nielsen SoundScan. 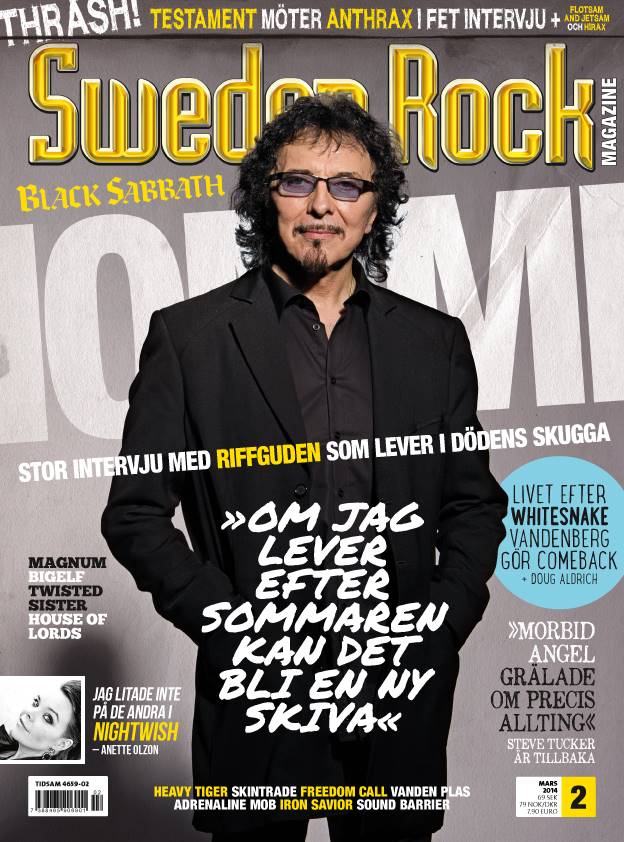