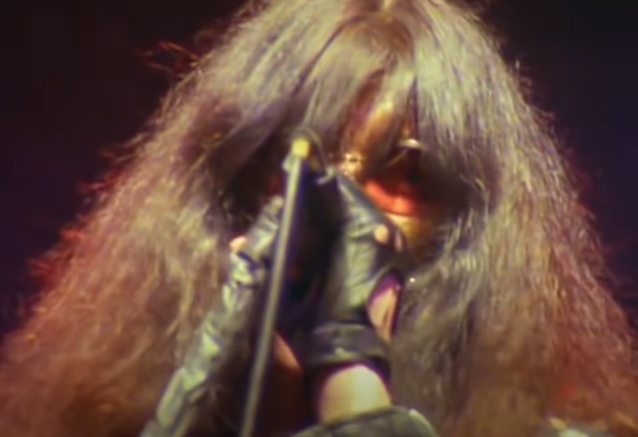 The estate of Joey Ramone has sold a stake of the punk legend's music publishing rights for $10 million, according to The Wall Street Journal. Exact terms of the deal were not disclosed, but include non-exclusive rights to license the RAMONES frontman's name and likeness, as well as income for songs across the band's repertoire of music.

"I'm happy to welcome Primary Wave as partners in my brother's interests in RAMONES," Joey Ramone's brother Mitchel Hyman (a.k.a. Mickey Leigh) said in a statement. "I'm thoroughly convinced of their eagerness to perpetuate his legacy, and their sincerity about doing it in a way that will never compromise his credibility. I, very much, am looking forward to working with them."

"Joey Ramone was a total original — his songwriting, style, and voice are all undeniably unique and immediately recognizable still today," Lexi Todd, VP, business affairs and legal at Primary Wave Music, said in a statement. "A counterculture icon and prime mover of punk rock, RAMONES demonstrated first-hand the power of music in influencing culture and built a foundation that has influenced decades of musicians."

Ramone wrote some of the RAMONES' most famous songs, including "Sheena Is A Punk Rocker" and "Beat On The Brat". He released one solo album after the band broke up in 1996.

On April 15, 2001, Joey died in New York City's Presbyterian Hospital due to complications from lymphoma, a form of cancer he had been battling for more than six years. He was 49.