The new video, this time for the track "Midnight Mass", features exclusive behind-the-scenes tour clips and live performance footage (featuring a few exciting cameos here and there) from the current JOHN 5 AND THE CREATURES "Invasion" headline tour. The video was directed by Chris Huber, and the single cover art was created by Brett Boggs.

John 5 says about the video: "This is what it's like to be on the road with THE CREATURES — fast, crazy, fun and scary — all those good things. We hope you enjoy the video!"

Just like 2017's "Season Of The Witch", "Invasion" — produced and mixed by Barry Pointer and scheduled for release during the summer of 2019 — will be released via a series of music videos.

JOHN 5 AND THE CREATURES are on the road now on their North American "Invasion" tour Special guests have included the likes of the mighty Alice Cooper in Mesa, Arizona, and the Hollywood, California show is scheduled to feature special guests Corey Taylor (SLIPKNOT, STONE SOUR), Shavo Odadjian (SYSTEM OF A DOWN), Fred Coury (composer, CINDERELLA) and Michael Anthony (CHICKENFOOT, ex-VAN HALEN).

John 5 has worked with a varied range of artists, performing as guitarist for some of the biggest headlining rock bands in the world such as ROB ZOMBIE and MARILYN MANSON, as well as playing session with Paul Stanley, Rod Stewart, LYNYRD SKYNYRD and more. Slash has called John 5 "one of the most mind-blowing guitarists around," and Rob Zombie has dubbed him "a fucking shredder." John 5 has released seven solo albums to date, as well as a remix album, and has written music for the likes of Avril Lavigne, GARBAGE, Ricky Martin and others. 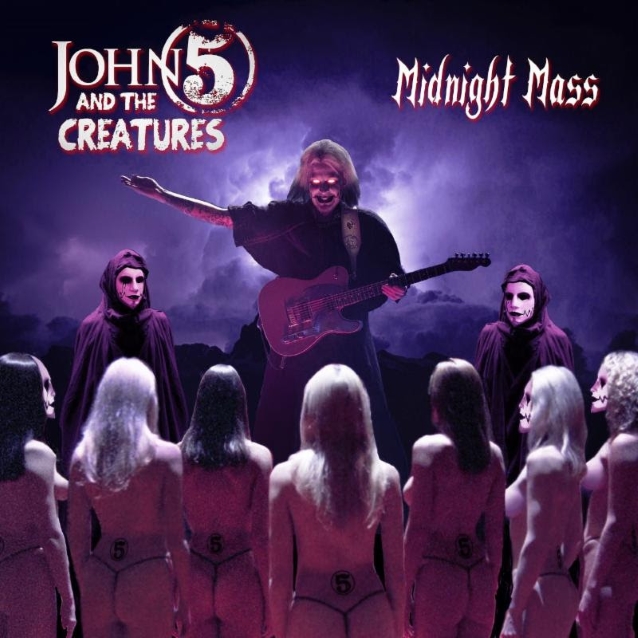