JOHN 5 AND THE CREATURES — comprised of world-renowned guitarist John 5, bassist Ian Ross and drummer Logan Miles Nix — have released yet another music video in support of their forthcoming full-length album, "Invasion", this time for the track "I Am John 5". The clip acts as a sequel to the album's first music video/single, "Zoinks!", once again featuring an innovative blend of classic 2D hand drawn animation and mindblowing 3D computer generated imagery.

As with "Zoinks!", the "I Am John 5" video was animated, written and directed by Disney animator Brett Boggs ("Frozen", "Wreck-It Ralph") with scoring by Fred Coury and recording/mixing by Barry Pointer.

The mad scientist in the "I Am John 5" video is voice acted by none other than Butch Patrick, a.k.a. the iconic Eddie Munster, himself.

Check out the video below.

John 5 says: "In this video, I am transformed into a mechanical monster and controlled by the mad scientist — performed by Butch Patrick a.k.a. Eddie Munster — to destroy Hollywood! I'm programmed with my laser beam guitar to destroy everything in my path! You'll have to watch to see what happens..."

Just like 2017's "Season Of The Witch", "Invasion" — produced and mixed by Barry Pointer and scheduled for release during the summer of 2019 — is being made available via a series of music videos. 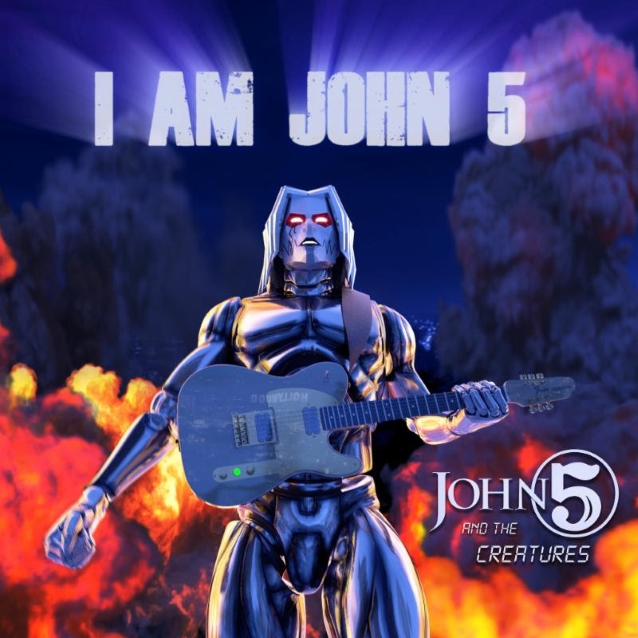