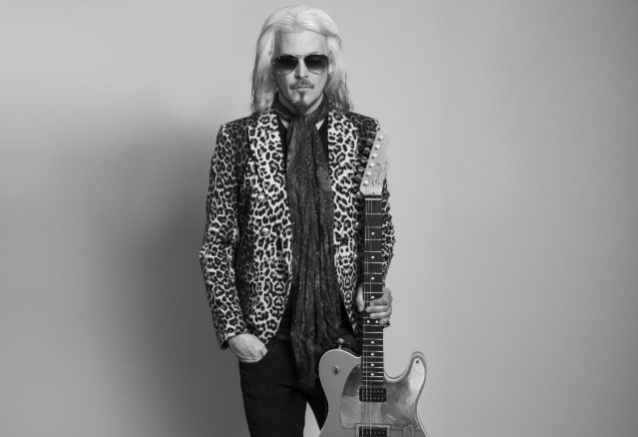 Former MARILYN MANSON and current ROB ZOMBIE guitarist John 5 will embark on a U.S. tour this summer. Joining him on the 22-date trek will be blues-rock guitarist and singer Jared James Nichols and industrial rockers BLACK SATELLITE. Appearing at shows in Sioux Falls, Sioux City and Lincoln will be YouTuber, musician and multi-instrumentalist Sarah Longfield. Tickets are on sale now from John5.com.

Speaking about the tour, John 5 states: "I've always been excited to go on tour, but this time it's amplified by a million. I can't wait to see everybody's faces and say hello to everybody coming out to the shows. I'm very excited to have Jared James Nichols, BLACK SATELLITE and Sarah Longfield joining us on this run. I'm sure we’re gonna have a great time."

John 5 is one of modern rock's most highly revered guitarists. Notorious for his lightning-fast playing and enormous versatility, he quickly became a sought-after session guitarist scoring high-profile gigs at the age of 18, touring with Lita Ford and K.D. Lang, and in the studio playing with Rob Halford's industrial metal project TWO and David Lee Roth's "DLR Band" album.

John 5 released his debut solo album, "Vertigo", in 2004 and its follow-up, "Songs For Sanity", in 2005 just as he paired up with Rob Zombie for Ozzfest. John went on to play on the majority of Zombie's 2006 release "Educated Horses" and has been part of Zombie's band since. Rob's most recent album, "The Lunar Injection Kool Aid Eclipse Conspiracy", released earlier this year, saw enormous success on the Billboard charts, hitting No. 1 across 11 charts, including Current Rock, Top Albums and Top Current Albums and No. 9 on the Top 200.

John 5 has been hard at work on his next solo album. More news on that coming later this year. 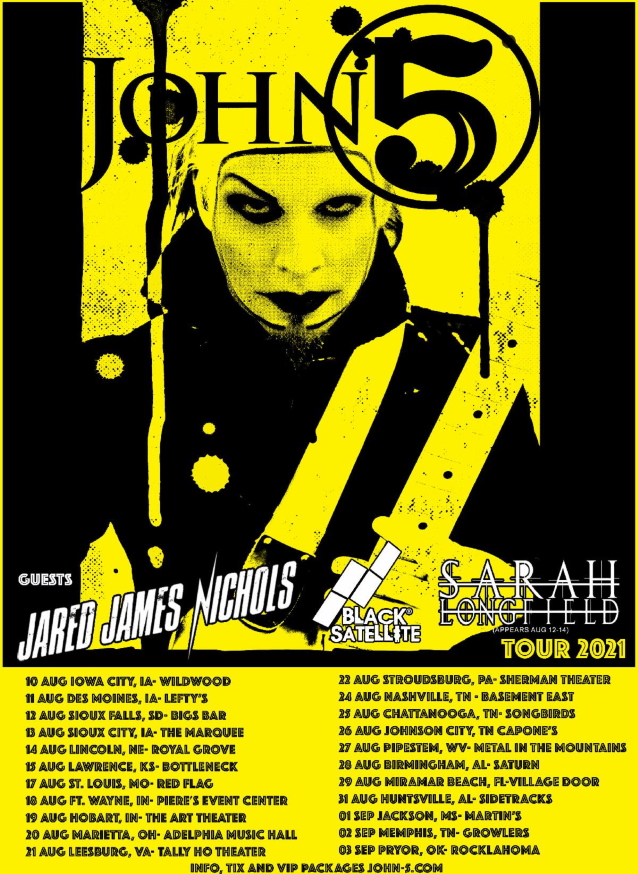