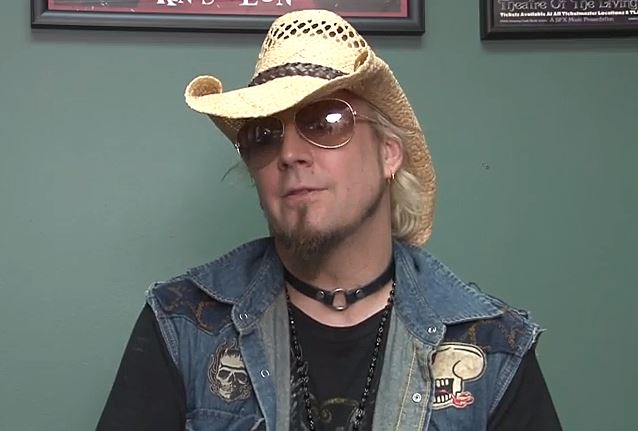 "Rob Zombie is obviously my priority, and everything I do is just when he's doing a movie or something like that," he said. "And you know, I never play live with anyone else, I never tour, 'cause I never wanna confuse anyone. I'm just a writer. So as soon as they see a credit — 'Oh, John 5 wrote on this Ricky Martin song,' or whatever like that — then that will… So it doesn't really get in the way. But I love doing my instrumental records and people really enjoy 'em, so I'm always working on those. I'm working on one right now. I've got Elton John's bass player doing stuff. I mean, I have a bunch of guest stars on this one, so it's gonna be really good."

Regarding how his upcoming album will be different from his last effort, 2012's "God Told Me To", John 5 said: "The last one was half acoustic, half electric and I always like to change it up, so this one, I'm just gonna have a bunch of guest stars. So I'm gonna start asking my friends for favors and all this stuff. 'Hey, come on in. I watched your house and I let your dog out that one time, so come play on my record.' So I'm gonna start my long list of people to come and play. I think it's fun."

He continued: "These albums are a lot of fun. I just do 'em for the love of guitar and to inspire a couple of people on the way… I just really enjoy doing that. It's great. It was one of the smartest things I've ever done. Right when I left MANSON, I was, like, 'OK, so I guess I'll finally make my instrumental record.' And it did really well, and I'm on my sixth one. And I don't do them for money or anything — I just do them for the love of the guitar — and I think the audience really can see that. I'll do something like a Chet Atkins song and then some crazy death metal-type song. So it's a very wide range of music; there's no format and there's no rules."