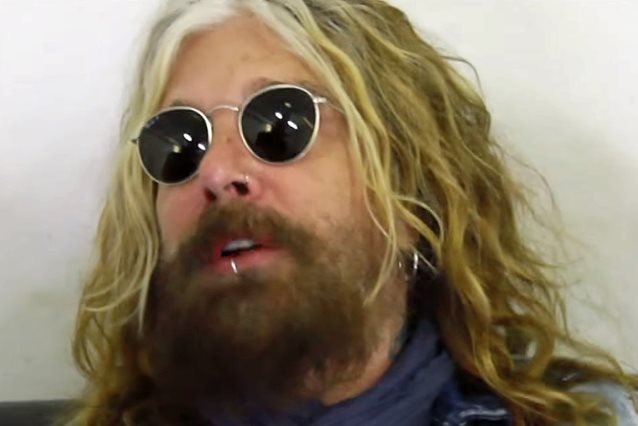 Ex-MÖTLEY CRÜE singer John Corabi has once again responded to Nikki Sixx's description of the band's self-titled album as "very unfocused," saying that he is "very proud" of the record and claiming that he has "no idea why Nikki feels that I'm the biggest piece of shit to roam the earth."

In an interview with Sweden Rock Magazine, the MÖTLEY CRÜE bassist said that writing the "Mötley Crüe" LP with Corabi was a prolonged and difficult experience. He said: I think it was a very unfocused record. It was painful for me, because John Corabi can't write lyrics, and I had to do all that work.

"It was the first time I ever had to work with somebody that wanted to participate in the lyrics. And my standard is so high that it was so hard, it took months. Usually, I write a set of lyrics in an hour.

Asked by Sleaze Roxx if he thinks Nikki really feels that way about the album or if Sixx is simply saying those things now to stir up some controversy, Corabi said: "For the life of me, I have no idea.

"It's funny, I was hanging out with Vince [Neil, MÖTLEY CRÜE singer]. We did a festival together called Farm Rock, and we were talking. I was like, 'Vince, what the fuck is up Nikki's ass right now? 22 years later, he decides that it's a 'very unfocused record,' there's no choruses and John Corabi couldn't write and he had to do everything?! Where does that come from, Vince?!' He laughed. I think he wanted to say something, but he came back with, 'Dude, you know Nikki. Whatever. Fuck it!'

"If my phone didn't start blowing up with calls and texts regarding [Nikki's] comment [to Sweden Rock], I would have never known it.

In the Sweden Rock interview, Nikki also offered his theory as to why Micks Mars and Tommy Lee have both publicly expressed their fondness for the Corabi-fronted album. He said: "I think Mick and Tommy love that record, 'cause it's [got] great drums, great guitars. And, yeah, I think there was a freedom in having a different singer, you know. But it was just hard for me to have to go slow. I'm just not a good 'slow' guy in the studio. I've been in sessions with other artists where [someone is working slowly] and I've just gotta bail; I've just gotta go. It's, like, you can create on the spot or you can't create. That's it with me. I just don't have patience for that."