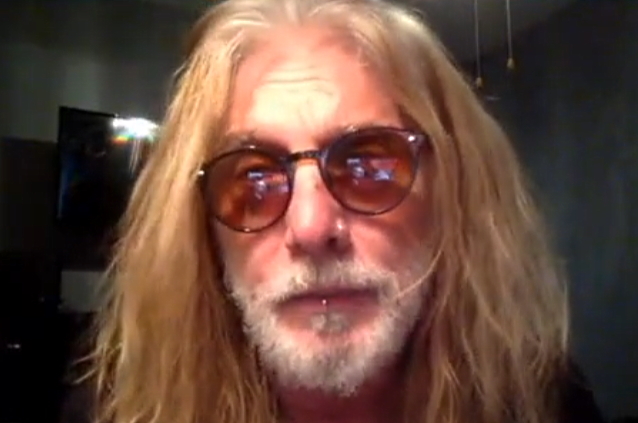 JOHN CORABI: 'NIKKI SIXX Will Burn Himself Alive' Before Asking Me To Rejoin MÖTLEY CRÜE

Former MÖTLEY CRÜE singer John Corabi says that "Nikki Sixx will burn himself alive" before asking him to return to the band.

After a recent article emerged online claiming — falsely — that Sixx issued an ultimatum to Neil to lose a significant amount of weight for the band's comeback tour or be fired and replaced by Corabi, John posted a statement on social media denying that he had held "secret rehearsals" with CRÜE and shooting down the possibility of him rejoining the band, saying that he was "not even remotely interested in doing that again."

On Saturday (September 11),Corabi took part in a video interview with Adika Live! in which he once again touched upon the rumors of him reuniting with CRÜE. He said (as transcribed by BLABBERMOUTH.NET): "I can honestly tell you that there is zero chance in hell of any part of that becoming true.

"Nikki Sixx will burn himself alive in Central Park before he picks the phone up and calls yours truly. And if he did, yours truly would just [hang the phone up].

Corabi recently completed work on his autobiography. Titled "Horseshoes And Hand Grenades", it was written wih the help of MÖTLEY CRÜE historian/author Paul Miles, and is due on April 12, 2022 via Rare Bird Books.