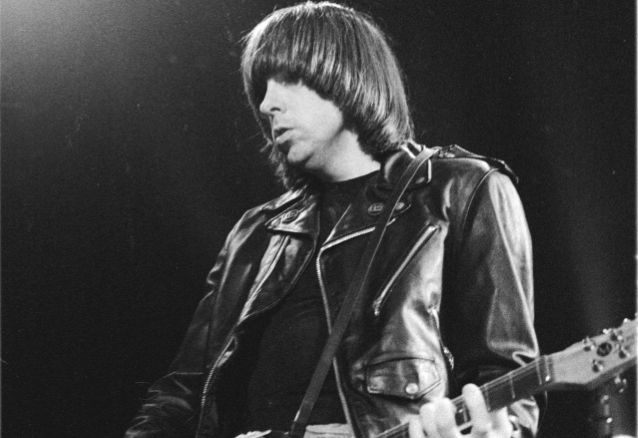 Johnny Ramone's "Number One" Mosrite guitar sold for $937,500 at a September 25 auction from Boston-based RR Auction.

RR Auction executive VP Bobby Livingston said: "The consignor was thrilled with the results and is very happy that the guitar is in the hands of someone who will curate Johnny Ramone's Mosrite for future generations to enjoy."

The 1965 Mosrite Ventures II electric guitar was personally owned and used by Johnny Ramone (real name: John Cummings) for nearly two decades as the guitarist for punk rock legends the RAMONES, with the back of the guitar signed in black felt tip, "Johnny Ramone, My Main Guitar, 1977-1996." It was played at every RAMONES performance until his retirement: from November 1977 through August 1996, for a total of approximately 1,985 shows. The instrument was used to record all 15 RAMONES albums and can be heard on any live RAMONES bootleg from late 1977-1999. It was later displayed at the Rock And Roll Hall Of Fame in Cleveland for a number of years.

Cummings originally purchased the guitar in 1977 to replace his original blue Ventures II slab body, which was stolen from the Sire Records van with the rest of the band's gear after a show at the Aragon Ballroom in Chicago. Ironically, this guitar had been offered to Cummings earlier in 1977, but he passed on it feeling it was too expensive at $500, which was a little less than ten times what he paid for his original Ventures II in 1974.

The fretboard shows an incredible amount of wear from Cummings's aggressive down-stroke playing style. The guitar exhibits numerous nicks, dings, and wear to the finish. Secured to the guitar with gaffer's tape is Cummings's original strap and three RAMONES picks, which, along with the original strings, were used at the last RAMONES show, which occurred at The Palace in Los Angeles, California on August 6, 1996.

The RAMONES' entire arsenal of gear was stolen a second time in Los Angeles in April 1983. Thankfully, however, this guitar was in the hotel being worked on by the band's guitar tech and was the only piece of gear not stolen that night. It is believed that approximately 100-150 slab-bodied Ventures II guitars were produced in 1965, making them rare in their own right, with Cummings owning four of them.

Also included in the auction was Johnny Ramone's Electro-Harmonix Mike Matthews Freedom Amp. Cummings used this amp live at CBGBs and at various other early RAMONES shows and Arturo Vega's loft throughout 1974 and 1975.

According to RAMONES producer and engineer Ed Stasium, he played through this amp for the second guitar on the band's 1980 "End Of The Century" LP. "It was a practice amp for [Cummings], but that's what I used to do my tracking, through all the pain and the glory of making that album." This amp can be seen in the video of the RAMONES' first-ever CBGBs performance, as well as in other early videos and photos.

This specially curated auction of rock and roll rarities originated from the collection of Daniel Rey; a musician turned producer from the New Jersey-New York underground who, for over three decades, was a trusted and invaluable member of the RAMONES' inner sanctum.

The "Ramones And Punk Collection Of Daniel Rey" from RR Auction began August 24 and concluded during "The Remarkable Rarities" live auction event that took place on Saturday, September 25 in Boston, Massachusetts.

For more information, go to www.rrauction.com.

Ramone was a founding member of the seminal punk band that broke on to the New York music scene in 1974. Johnny was known for his fast, high-energy guitar playing. His style almost exclusively consisted of rapid down strokes and bar chord shapes. This unique playing style and buzz saw-like sound of Johnny's guitar parts was highly influential on many early punk rock guitarists and keeps him listed on numerous top lists of the greatest guitar players.

On September 15, 2004, Johnny Ramone died in his Los Angeles home at the age of 55 after a five-year battle with prostate cancer. 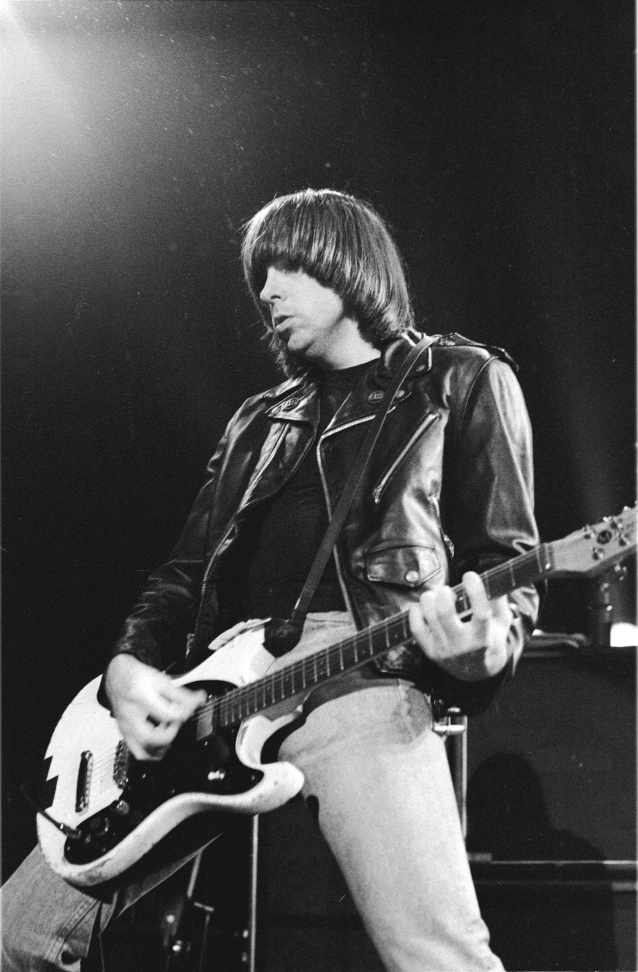 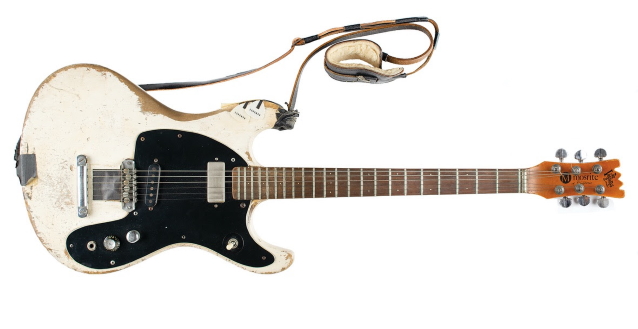 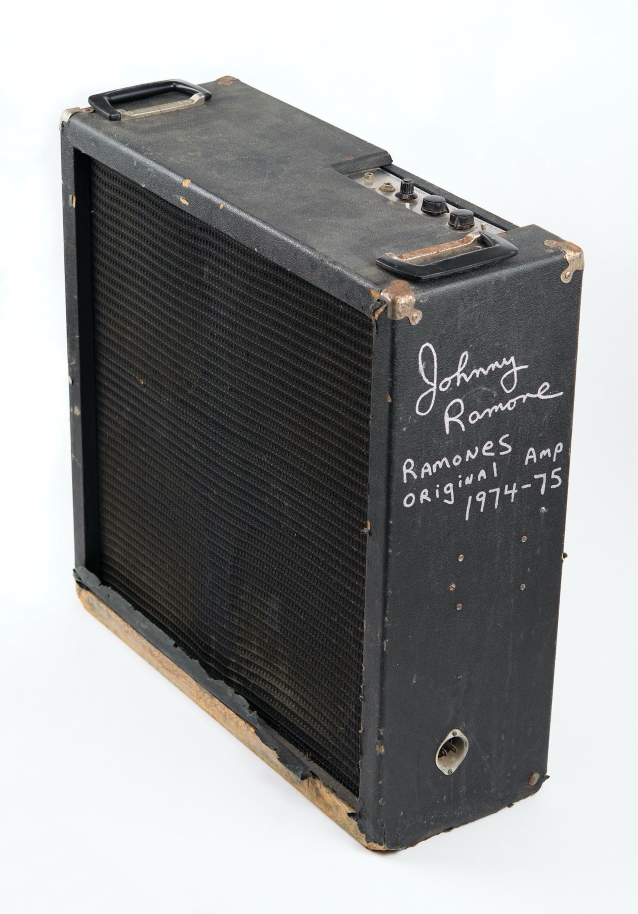