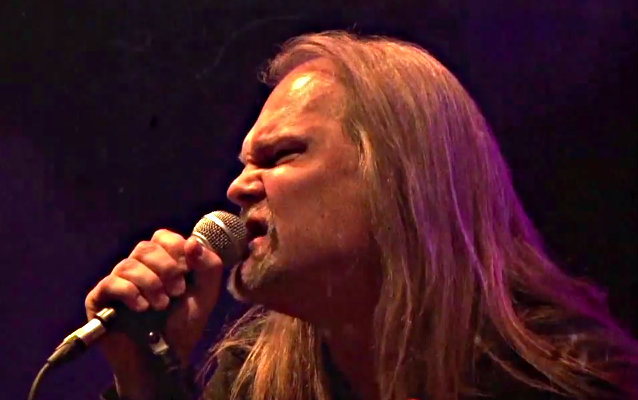 Comments Lande: "I have been working closely with music producer Christian Linke of Riot Games in L.A., on a project called PENTAKILL, which is basically a heavy rock band within the League Of Legends concept.

"PENTAKILL is the Valoran continents' most famous (and possibly only) rock band. Its members consist of champions from the game.

"It's very exciting to be a part of this new development in the gaming industry and a fabulous opportunity to be able to reach out to millions of people worldwide in just a blink of an eye.

"It has been a great experience working with the productive and dedicated people of Riot Games, and I am truly proud to be a part of this!"

"Lightbringer" can be streamed in the YouTube clip below.

Riot describes PENTAKILL as a "passion project created by a number of musicians within Riot as well as some professional rockers."

PENTAKILL's full album, "Smite And Ignite", will be available for free download on June 3 via the PENTAKILLweb site.

Jorn Lande's strong and diverse voice and solid songwriting skills have now become legendary in the hard rock world. In a career spanning over close to 40 album releases, as frontman for ARK and MASTERPLAN, in addition to featuring on spectacular projects such as NOSTRADAMUS "The Rock Opera", BEYOND TWILIGHT "The Devil's Hall of Fame", Tobias Sammet's AVANTASIA and AYREON.

2010 was a significant year in Jorn's career. Besides releasing a tribute album to his hero Ronnie James Dio, Jorn was invited to perform, alongside Glenn Hughes, with HEAVEN & HELL at their final concert, which was held in July 2010 at the High Voltage festival in Victoria Park, London, England.