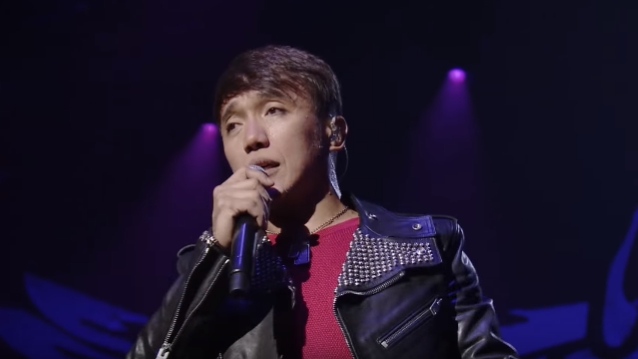 According to the Manila Bulletin, JOURNEY singer Arnel Pineda will attend the grand opening party of the Hard Rock Cafe in Manila, Philippines on April 30 at 7 p.m. The 223-square-foot state-of-the-art café will open at S Maison in the Mall of Asia Complex, Pasay City.

Limited seats will be open to the public and will be on first-come-first-served basis.

"We are excited to reopen our doors in Manila with a bang by hosting a guitar smashing event," said Fernandez. "Hard Rock Cafe Manila will provide a best-in-class entertainment and dining experience for guests, which fans will be able to experience firsthand at our grand opening event."

Since it was established in 1971, Hard Rock has been committed to a wide variety of philanthropic causes and activities around the world. In every Hard Rock city, the staff makes it a priority to become a valuable community partner and Hard Rock Cafe Manila looks forward to continuing this tradition.

JOURNEY will take over the Las Vegas Strip this fall with a limited engagement inside The Colosseum at Caesars Palace October 9-26.

The band previously played a nine-show mini-residency in 2017 at the Hard Rock Hotel featuring full performances of its "Escape" and "Frontiers" albums.